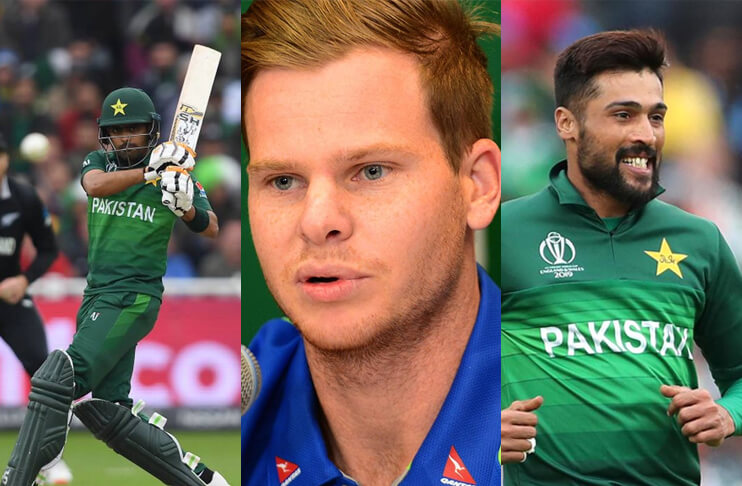 Steve Smith, the Aussie cricketer is reckoned as one of the finest batsmen in modern-day cricket. He has praised Babar Azam in his recent interaction and said that he likes to watch him bat. Currently. Smith is gearing up for the upcoming ODI series against India starting on November 27.

Babar Azam has done a great job for Pakistan since making his debut back in 2015. After the departure of senior players like Misbah-ul-Haq, Younis Khan, he has taken the responsibility on his shoulder. He is the backbone of the Pakistan Cricket Team.

He is technically a very sound batsman, who can turn things around in any format on his best days. Recently, he took the world with a storm as he smashed 114 runs off 62 balls playing for Somerset in Vitality T20 Blast. In international cricket, he is named among the Fab-4 that includes Virat Kohli from India, Kane Williamson from New Zealand, Joe Root from England, & Steve Smith from Australia.

In international cricket, Babar Azam has amassed 2045 runs in Tests, 3580 runs in ODIs, and 1681 runs in T20Is. Also, he currently holds the honor to be in the top five batsmen across all the formats. Several former cricketers have compared him with the likes of Virat Kohli and Steve Smith. Now, the latter himself has echoed in the same voice.

On November 24, he set up a question & answer round with his fans on Instagram. He gave answers to several questions of the fans. Meanwhile, one of them quizzed Smith to pick his favorite batsman from Pakistan. To which Aussie cricketer replied saying that he likes Babar Azam batting.

The 31-year-old recently returned from IPL 2020 after playing for Rajasthan Royals. Smith didn’t look in his full flow with the bat throughout the tournament. This was the key reason why his franchise finished at the last spot in the league table. However, now he looks pretty determined to come up with a scintillating performance against Team India in ODI, T20I, and Test series.