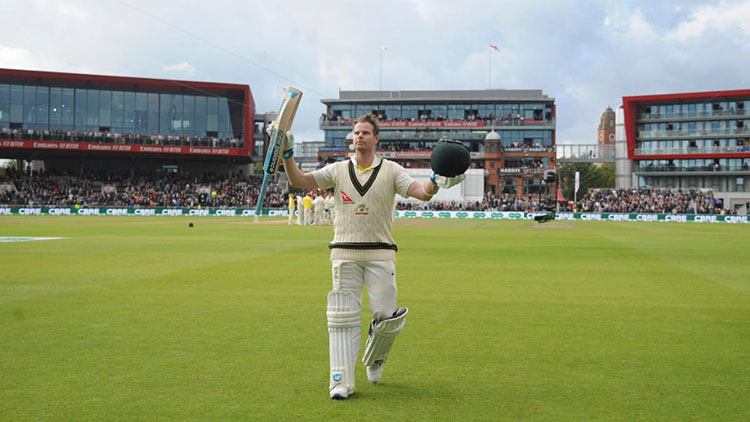 He is in a league of his own. Isa Guha said it best as Steve Smith made it to an incredible double-hundred, that he is a top-notch batsman. Several agree to this statement as well, seeing how Smith has achieved a cumulative 589-run record within four Ashes innings. Australia started at a score of 170-3, finishing on 497/8 when Tim Paine chose to declare. In response, England’s Joe Deny got dismissed by Pat Cummins.

Smith, with his nonchalant demeanour, thwarted every strategy planned against his batting. He received a lifeline after a no-ball from Jack Leach struck the outside edge. Nevertheless, Australia’s former skipper had an overall remarkable performance during day 2.

His score of 211 included 24 boundaries with a few maximums. Here are some of the most outstanding numbers from the Australian willow-wielder.

So, finally after getting a hit on helmet he is not in any fear and he is playing his natural game as he always do and making his cricket career much better every day.