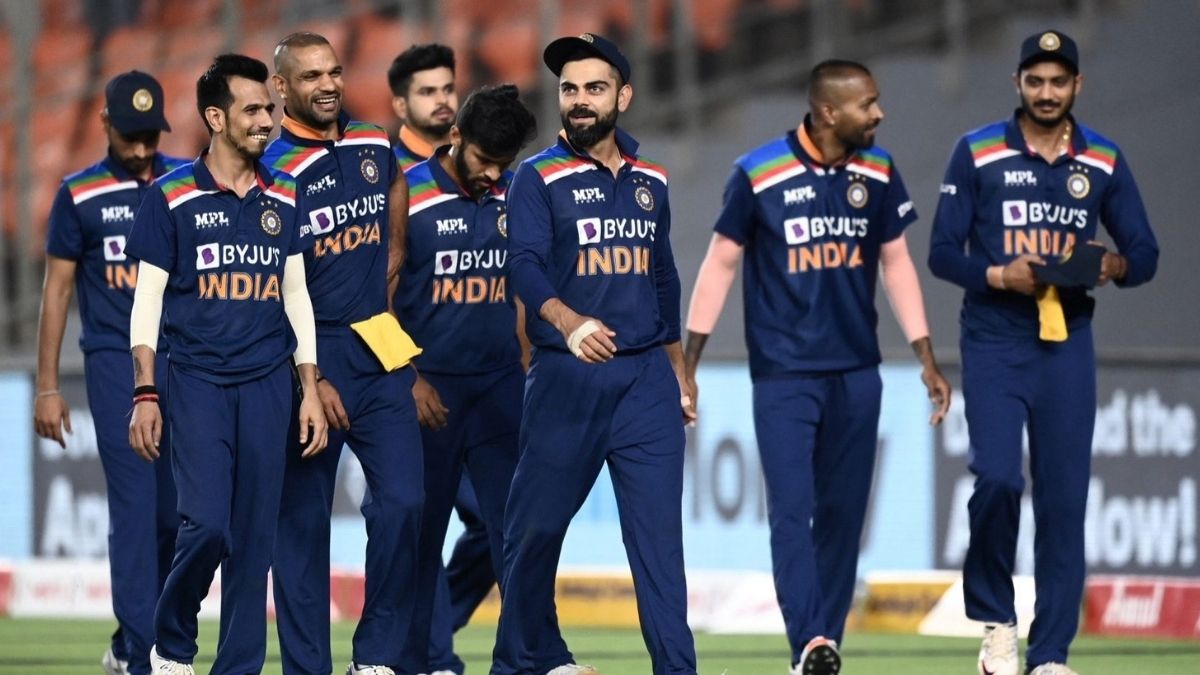 The T20 World Cup is all set to begin from 17th October in UAE with all the top cricket-playing nations taking part in it. BCCI held the hosting rights for organizing the marquee event. Originally the tournament was set to take place in India. But due to COVID-19, it was shifted to UAE.

Now, ICC has released the schedule of Team India for the upcoming showpiece event. The Men in blue will open their tournament campaign against Pakistan in the T20 World Cup on 24th October. The Indian team will then take the field against New Zealand at Dubai International Stadium followed by the games against Afghanistan.

Team India is currently ranked 2nd in the latest ICC T20I team rankings and they will be eager to finish their 14-year drought by winning the T20 World Cup trophy in the upcoming event. However, it will not be an easy task for their side to turn the tables against some of the top in-form teams. Indian cricket tea is in group 2 that consists of heavyweight New Zealand, Pakistan, and underdogs Afghanistan.

West Indies will take the field with the reputation of defending champions and they are currently playing in top-notch form as they defeated Australia in the recently concluded T20I series by 4-1.

November 5: India vs Group B1 at Dubai International Stadium

November 8: India vs Group A2 at Dubai International Stadium