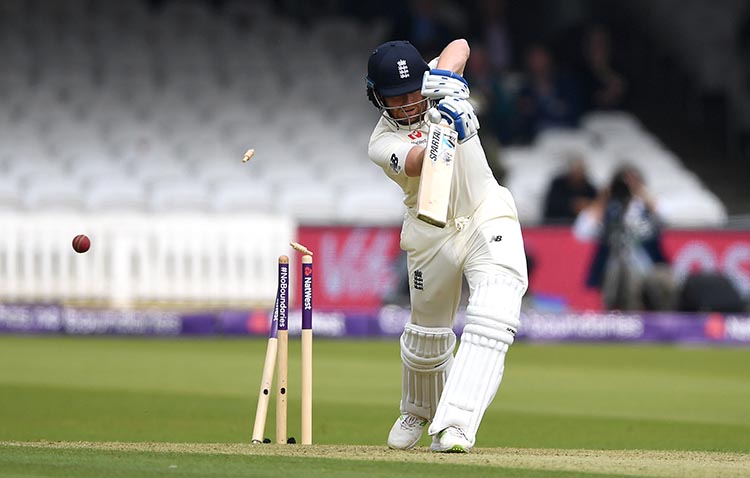 In this article, we are going to discuss 10 types of out in cricket, in other words, 10 ways in which a batsman could lose his wicket in the game Cricket.

If you are a cricket enthusiast, the last few months might have seemed like a scoring a duck in the field with no cricket matches being played and cancellation of many events. Now that cricketers are back to the ground, it’s time to prepare for some action. What about some tips on sending them back to the pavilion?

While cricket is played in various forms today, test matches continue to be one of the most challenging variants of the game that demands to showcase refined skills. Yes, your team has to pick all the wickets to call it a match. And the sooner you can round it off the better for your team. The earlier your send a batsman home in Cricket, the better you can take over the scoreboard and the course of the match.

We’ve identified 10 different ways in which you can force a batsman to retire much before he desires to leave. You might be familiar with a couple of common ways such as being bowled, stumped, caught, leg before wicket (lbw), and run out. Most of these in the game of cricket are decided by the field umpire or the third umpire but rarer dismissal forms such as hit wicket or obstructing the field can only be declared when the opponent team appeals for it.

No one likes to be caught! A common mode of dismissal, a batsman can get caught in different ways. For instance, he can be caught behind by the wicket-keeper. This happens when a ball is legitimately delivered by a bowler and hits the batsman’s bat or gloves and subsequently lands into the hands of the keeper.

The other situation in which a bowler catches the ball after it is hit by the batsman’s bat or the gloves is referred to as a caught and bowled dismissal. It isn’t easy to take this catches and requires expertise. The third instance of being caught is when one of the fielders catches the flying ball without dropping it on the ground. This is similar to that of caught and bowled, just that instead of the bowler catching the ball, it is the fielder who takes it.

Commonly known as LBW, this is a form of dismissal in which a batsman can be given out if the ball hits his body or any other sports equipment except bat or gloves but doesn’t hit the wicket directly. It is given an out under the assumption that the ball could have hit the stumps.

It is only when the ball has an impact outside the off stump that this assumption works. This decision is taken on parameters such as the ball’s bounce, swing, or spin. However, if the batsman has hit the ball with his bat or the ball has touched his glove before touching his body, he won’t be dismissed. This holds good even when the ball is outside off-stump and the batsman doesn’t hit it.

Watching fielders chasing the ball, coordinating with fellow players to throw it at the wicket is indeed an exhilarating sight. At a time when the batsman is unable to enter the crease while running between the wickets and the fielder knocks off the bail, the batsman is regarded as run out.

Ideally, the batsman should either have his foot or bat grounded behind the line to keep him safe. This applies to both the batsmen taking respective positions in their respective creases. Also, the fielder must touch the ball before it hits the wicket for it to be declared as a run-out.

In case, the striker hits the ball and it strikes the stumps on the opposite wicket while the non-striker is out of his crease, it is considered run-out but only if the bowler has touched the ball before it thrashes the bail.

When a batsman smacks the stumps with either a part of his body, bat, gloves, or any sports equipment when on the strike or beginning his run, he will have to leave. However, if the batsman just ran into the stumps to avoid a run-out, he won’t be dismissed.

When a batter leaves the field without the consent of the umpire other than a situation when he is injured and is unable to resume playing in that innings, he is considered retired out. It is only after the fielding team’s captain gives his consent that the batsman can resume the innings. Also, if a batter who has retired hurt fails to resume play in the course of the match, he is not considered retired out, especially when calculating his batting average.

When a batsman is seen obstructing the field intentionally, he can be legitimately dismissed. So, if a batsman is spotted running in a certain way that it obstructs the ball from striking the stumps, he can be declared out by the umpire if the fielding team appeals for it.

If a batter happens to hit the approaching ball twice, he is considered out. The first hit is when the ball touches the bat. The second hit is when the batsman intentionally touches the ball with his body or bat after the first hit. In his attempt to stop the ball from hitting the wicket, the batsman is allowed to prevent it with his bat or body but is not allowed to use his hand to do so

Not as common as the other forms of dismissal timed out are given when the striker fails to reach his crease within a time limit. This is decided by the umpire on an appeal from the fielding team. In a normal scenario, the batsmen have three minutes to return to their respective creases in One Day International and Test Cricket formats. The time limit for T20 Internationals has been reserved for two minutes. If the striker fails to resume his play after break within that time, then also he can be considered as out.

With those ways in your fingertips, it shouldn’t be difficult to figure out a way to clear the opponent’s batting line before they are able to put a big score for you to chase.