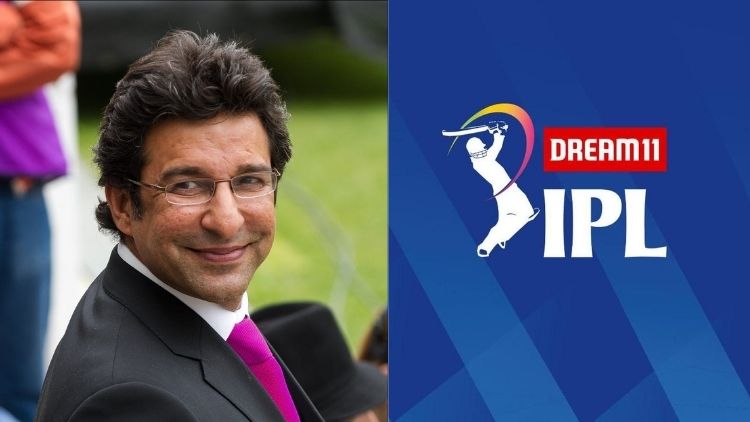 Indian Premier League is one of the biggest cricket in the world. In the ongoing edition, there were reports that some of the games even outclassed the EPL games in terms of viewership. In these tough times, IPL has played a huge role in releasing the stress out of people. Now, Wasim Akram said that he wishes to watch Pakistani and Indian players competing in each other T20 leagues.

It is known that on political grounds India is not on good terms with Pakistan for long. And, fans get to watch players of both the countries competing with each other only in ICC events. There is no scope of organizing any bilateral series between the two rivals. However, Wasim Akram feels a bit different.

In an interview, Sultan of Swing said that T20 leagues have given a different level of exposure to the players. He added that the batsmen and bowlers have improvised their game quite brilliantly in order to maintain the completion level.

“T20 leagues around the world have given exposure to many cricketers, both young and experienced. Thanks to T20 cricket, the game has become very fast now. Batsmen are scoring runs at a quicker rate, bowlers have become innovative and the standard of fielding has gone up by many notches.”

“And you can see the impact of T20 cricket in the longer format as well. Test matches are producing results frequently than it used to and that is a good sign for the game. When you are playing cricket with a variety of players, on different kinds of wickets and against different kinds of attack on a regular basis, your game is bound to show improvement, and we have seen that with all T20 Leagues in the world and in cricket as a whole,” he explained.

Wasim Akram also asserted that sports should not be played on political grounds. He opined that IPL is one of the best leagues in the world. And, the 54-year-old wishes to watch Pakistan players playing in the cricketing extravaganza.

“I have always believed that sports shouldn’t be a victim of politics but that is a government subject of both countries and it won’t be apt for me to say anything. But as you said in the question itself, yes IPL is one of the most competitive domestic leagues in the cricketing world and I wish Pakistan youngsters get to be a part of it and I also wish to see Indian players playing in PSL,” he said.