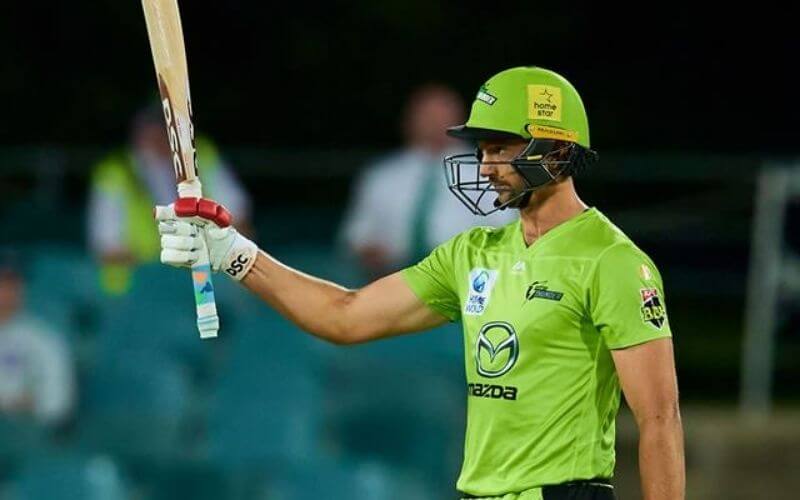 Brisbane Heat was involved in a cracking encounter with Sydney Thunder on Monday. And, Daniel Sams pulled off an amazing knock that took the game away from the Heat. He was in his prime form the previous night and former Aussie spinner Shane Warne also showered praise on the young Aussie international for his unbelievable match-winning knock.

Sydney Thunder got a target of 178 runs to chase in stipulated 20 overs. They get off to a worse possible start in their chase. They lost two wickets without scoring a single run in their innings. And, Jack Wildermuth from Brisbane Heat gave Thunder double blows in the game. It looked like Chris Lynn & Co. will easily win the game but that was not the case.

The moment Daniel Sams came out to bat for Sydney Thunder everything changed in the match. He acquired an aggressive approach and smashed boundaries like its a cakewalk for him. Although, the required run-rate in the game was pretty high and it was not a big matter of concern for him.

In the final two overs, Thunders required 24 runs to win against Brisbane Heat. And, then Sams pulled off a knock that Carlos Braithwaite played for West Indies in T20I World Cup against England. He smashed four consecutive sixes and helped his side in winning the game with one over to spare. Daniel Sams smashed 65 runs off 29 balls studded with three boundaries and seven sixes.

Daniel Sams is having a good time as a professional player. He recently played in the T20I series against Team India. And, Cricket Australia is keeping the tabs on him as he will be a perfect player to feature in the T20 World Cup squad scheduled to be played in India next year.