WATCH: Joe Root Sledges, Dinesh Chandimal Throws His Wicket Away On The Very Next Ball 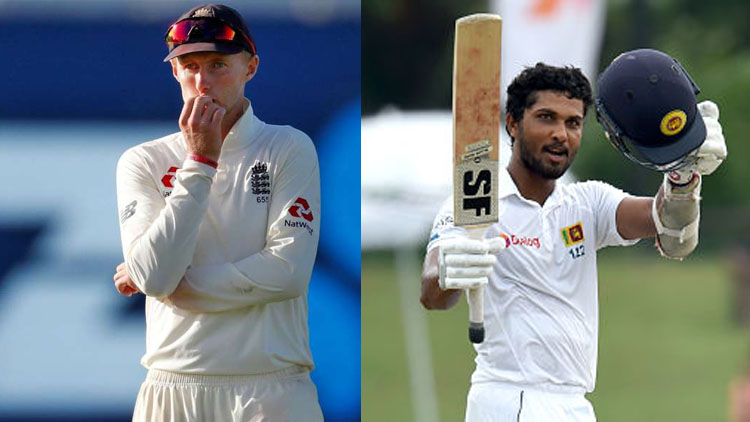 England and Sri Lanks are currently involved in the 2nd game of the two-match Test series. The former is already leading the series by 1-0. Now, they have an aim of registering a victory and whitewash Sri Lanka in their own backyards. Meanwhile, a hilarious instance took place on the field involving Joe Root and Dinesh Chandimal.

Sri Lanka won the toss and elected to bat first. In the first innings, islanders managed a total of 381 runs before getting dismissed. Angelo Mathews managed an incredible ton with his willow that helped Sri Lanka in posting a mammoth total on the scoreboard. Chandimal, Dilruwan Perera, and Dickwell also scored vital knocks of 52 runs, 67 runs, and 92 runs respectively.

Dinesh Chandimal Fails To Control His Calm Against Joe Root

In return, England was dismissed at a score of 344 runs and Joe Root scored a brilliantly knitted ton against the hosts in the first innings. During Sri Lanka’s 2nd innings, a hilarious instance happened on the field that got viral on social media. The English skipper Joe Root tried sledging Dinesh Chandimal. He was recorded saying, “Come on Chandi! Throw your wicket away!!.” Soon after this, something happened on the field and left cricket fans laughing.

Dinesh Chandimal lost his calm and threw his wicket away on the very next ball. Coming onto the game, Sri Lankan batsmen were once again stuck in the web spun by English spinner Dom Bess and Jack Leech. The spinning duo grabbed 8 wickets in the 2nd innings.

Now, England is in a prime position to win the match and need only 123 runs in order to register their 7th consecutive victory over Sri Lanka in Sri Lanka in the longer format.