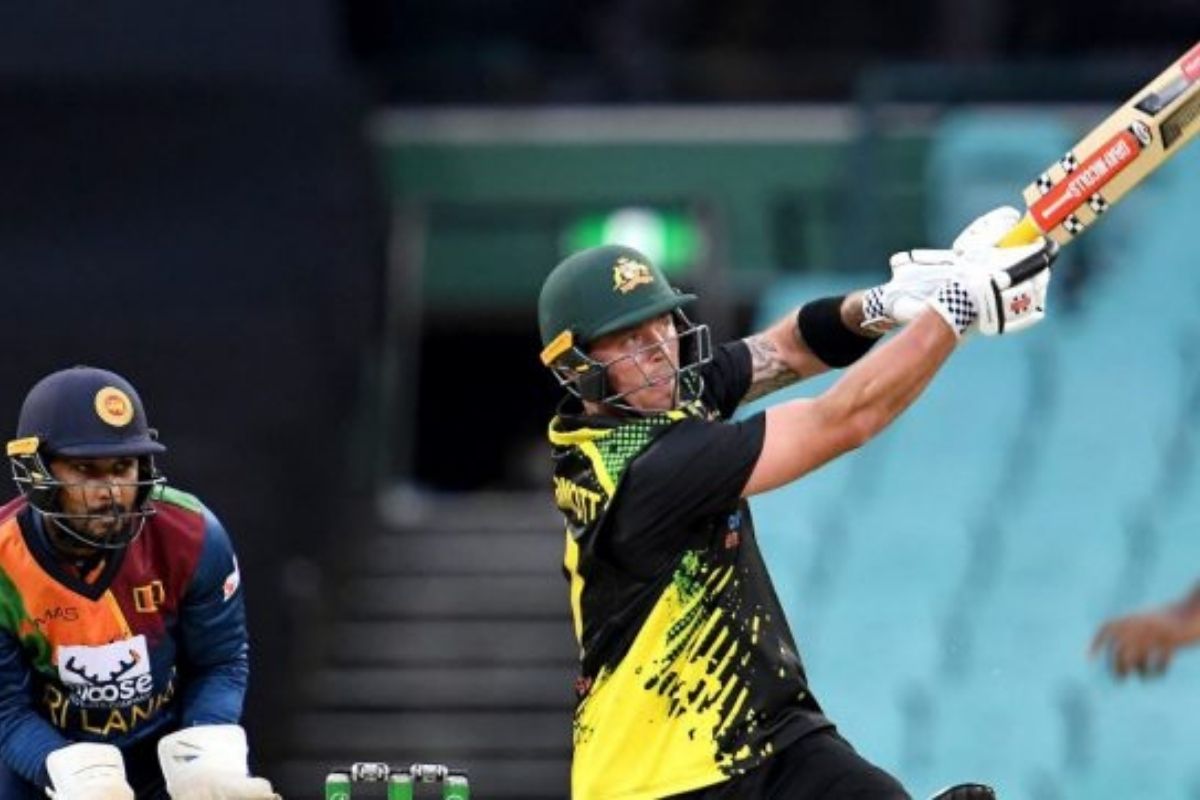 Australia’s leading pace bowler, Mitchell Starc is going through a rough time in the shorter format of the game. He conceded 72 runs in the two T20 games played against Sri Lanka. Starc returned figures of 0-41 in the opening match of the series and remained scalpless in the 3rd T20Is as well. He produced 0-30 in the last outing including a wild delivery that grabbed eyeballs.

Starc’s wild delivery was similar to the infamous first ball of Steve Harmison in the 2006 Ashes. The incident took place in the 5th ball of the 18th over as the ball slipped out of his hand and sailed past wicketkeeper Matthew Wade for a boundary. Wade even put in a full-stretch dive to stop the ball, but it was not enough as the ball landed to the boundary.

Brett Lee cited in commentary: “I was going to say it was Steve Harmison-like, but it wasn’t even that. “I don’t reckon I’ve ever seen a ball go that wide while I’ve been commentating.” As the Hawkeye revealed that the bizarre ball rose to a height of 3-meters above the field. Starc couldn’t help but smile as the ball slipped out of his hand and gave four runs and plus a no-ball to Sri Lanka.

Despite Starc’s poor performance with the ball, Sri Lanka’s batting woes continued as they could only manage a modest total of 121/6 in their stipulated 20 overs, after being asked to bat first. Dasun Shanaka remained the highest contributor with 39 off 38 while three in the top-order were dismissed at single digits.

Kane Richardson starred with the ball, returning 3-21 while Finch-35 and Maxwell-39 took Australia to a 3-0 lead in the T20 series.