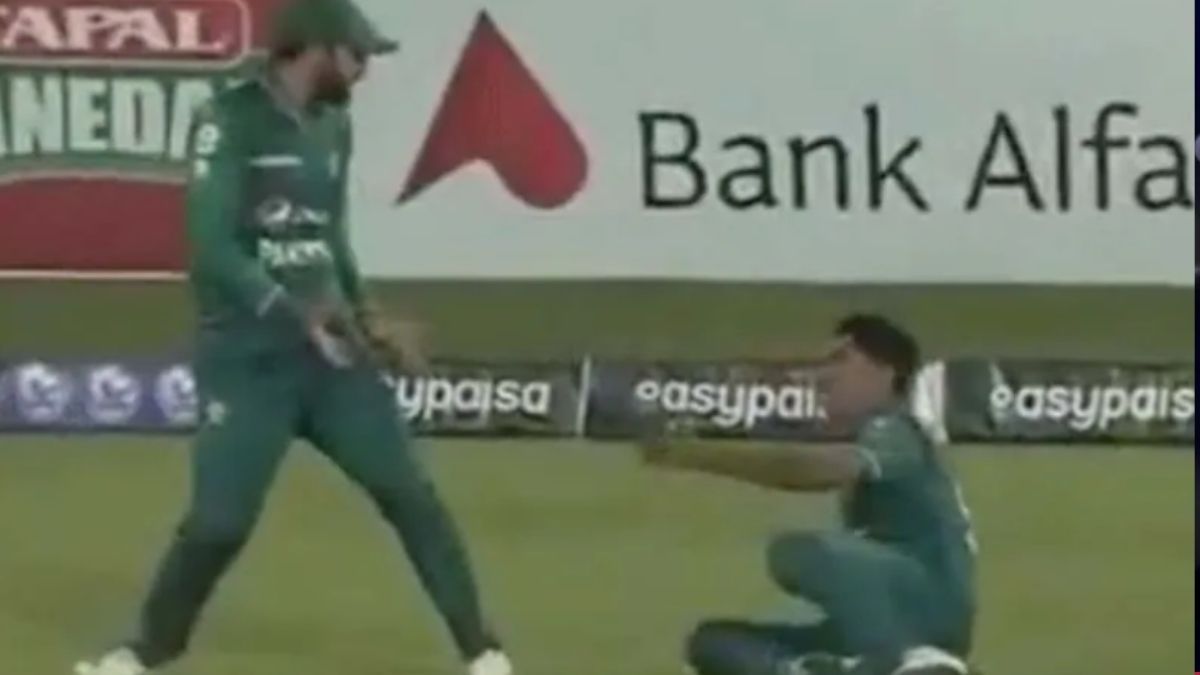 Pakistan Cricket team is having a fantabulous year in the shorter format of the game. They have qualified for the semi-final of the recently concluded T20 World Cup followed by their 3-0 whitewash over West Indies. But, their poor fielding always hogged the spotlight on social media. And, they were involved in a comical attempt to take a catch vs West Indies in the 3rd ODI.

West Indies recorded a mammoth total of 207 runs for a loss of 3 wickets in stipulated 20 overs. Brandon King, Shamrah Brooks helped their side in getting off to a memorable start and stitched a swift partnership of 66 runs in just 5.5 overs. Later on, Nicholas Pooran’s swashbuckling fifty guided West Indies to a record total.

Meanwhile, the highlighting instance happened in the 8th over of the game when right-handed Shamarh Brooks tried going for a six. But, he ended up hitting it high instead of giving the right elevation. It was expected that the fielder will grab an easy catch near the boundary line. But, then came the fun part as Mohammad Hasnain and Iftikhar Ahmed comically dropped an easy catch.

It was a familiar sight for the cricket fans. They had witnessed such kind of instance that happened between Saeed Ajmal and Shoaib Malik in the past few years ago.

The clip from the 3rd ODI between West Indies and Pakistan got viral like a wildfire on social media and received a comical reaction from the fans.

Coming onto the match, West Indies managed a mammoth total of 207 runs. But, Pakistan chased down the target with 7 balls to spare. Babar Azam scored 79 runs and Mohammad Rizwan amassed 79 runs. The star opening pair played vital role in guiding their national side to a memorable victory.