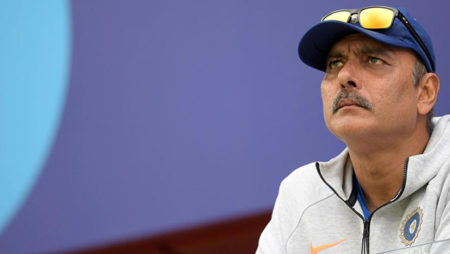 According to the recent news, Ravi Shastri who was said to be removed from the post of the coach of the Indian Cricket team has been called back with an extension to his contract till 2021. Why is Indian team moving backwards rather than going forward?

Without any doubt, it is clear to everyone that Virat Kohli is a living legend and has broken almost all records except for a few in a very early age of his career. He is no doubt the best in the world but that is not enough for any player who is also a captain of a no. 1 cricketing side in the World. As per saying an excellent can never be an excellent coach and vice versa. We have seen Kohli asking MS Dhoni for the decision as Kohli himself is unable to bear pressure. Its greatest example is the IPL in which Kohli has been given the captaincy for a long period of time but here also situation is the same. Even Kohli has a world class partner along with him in the form of AB Devilliers but still Kohli was unable to handle the pressure and could not win even a single IPL title.

But on the worse Dhoni is also not available as he has taken retirement from World ODI cricket after the End of the Indian journey in the recent World cup of 2019 that took place in England where the hosts won the tournament. He is only available to serve the team in T20I on the international stage. Not only this MS Dhoni suffered a hairline fracture during the World cup game against England. Now after all these situations what comes under consideration is the role of the coach whose duty is to mentor the players and provide them with solutions that are very easy for them to understand.

If we take a look at the previous records of Ravi Shastri as a coach he has not displayed much. Even India is among the top teams of the World but it is also because they play most of their matches at their home ground where every player is a king. Even the bowlers are able to bat and win the matches for their teams at the home ground. The main struggle that the Indian cricket team faced and still faces is their batting positions and failure to use the right talent at the right time. Their first three positions have never been the matter as their top 3 batsmen are the Worldâ€™s top-ranking batsmen and have never let down their team. Openers Shikhar Dhawan and Rohit Sharma are the backbone of the Indian team along-with the Mr. Perfect King Kohli which makes their batting line best in the World.

Problem starts with the 4th position as first Dinesh Karthik who is a very cautious batsman was chosen to be at that position. Decision was right to some extent as he focused on building the innings and tried to play all the overs to take his team across the line. But then a very rash decision was taken as Rishabh Pant was allotted the 4th number. No doubt, Rishabh Pant is an excellent batsman and has showcased his skills many times in the IPL (Indian Premiere League). But he has failed to display his skills at the international level. He is an aggressive batsman and has continued to fail again and again. No one has advised him even a single time on how to time his shots and execute his power in the right way. This was also a main defect in the coaching of Ravi Shastri as he did not polish the talent. He recognized it well enough just as we find the diamond from the mountains but could not prepare it to be sold in the market.

On the other hand, during previous tenure of Ravi Shastri, another failure could be seen in the shape of Kedar Jadhav. He was barely given any overs to bowl in the World Cup and all of a sudden without any reason we could see him bowl against the West Indies in the recent ongoing series. He does not even know before the start of the match that what he has come to do in the team.

India is a team that requires a person who can mentally prepare them and solve their problems rather than leaving them onto their own. At the moment if we look at the attacking line up of bowling and batting of India, they have number one ranking of bowlers and batsmen around the World but still they require someone who could train them mentally along with their physical fitness because to achieve the number 1 spot in all the formats.