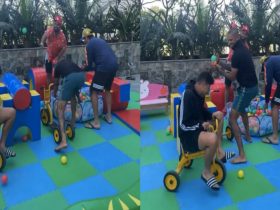 Steve Smith and Jofra Archer are the key players of their respective teams, they could be the key factors in deciding this year’s Ashes Winner. England is probably more capable of solving advanced Ph.D. algorithms and theories than handling the dilemma of firing the Australian batsman, Steve Smith. Where Australia makes up for brilliantly in its bowling expertise, it lacks severely in its feeble batting and this is where Steve Smith picks the team right up with his unprecedented batsmanship.

Although it is difficult to find a pair similar to Warner and Bancroft, Smith has been the one to ensure Australia’s winning streak in the Ashes Test series. He is in his element when he faces off against England as a batsman; his previous ten innings in the Ashes nearing 1000 runs are a true testament. It is needless to mention that England is past its breaking point, and patience level, watching Smith glide through the pitch effortlessly as he swings his bat like a musketeer’s sword. The crowd is always intrigued, and always exasperated.

On the bright side, England might have finally received an answer to its musings through Jofra Archer, who could be the Kryptonite to Australia’s Super Batsman. No one wants the game to turn into a duel that injures a player and sends him off. You can watch the video to see how tensions and fear ran high as Archer struck Smith in a dangerous blow to the head and forearm.

Steve Smith showed great resilience and strength as he resumed the innings, however, he was badly shaken by the incident, and rightfully so. Will this be England’s long-awaited breakthrough in turning the tables on Australia’s team through agile, unbeatable and strong bowling strategies?

Whoever watched Mitchell Johnson break England apart during the 2013/14 Gabba will understand that speed cannot be replaced by any alternative. Some of the best seam bowlers have emerged in England’s team over time, as Broad and Anderson, but they have not yet adapted their bowling tactics to overcome unfavorable pitch conditions. This limits their bowling strength significantly.

Jofra Archer run-up as a medium pacer has quickly progressed into hostile deliveries that the batsman would never anticipate. Smith and Labuschagne have witnessed this. The Australian team definitely has to keep up now. It may win the battle but lose the war otherwise, as three Tests await on the horizon. England has raised the bar with a strong competition and will no longer go down without a fight like it did in Edgbaston.

Before the second Test match at the Lord’s, Jofra Archer joined the team with a flourish after his euphoric World Cup achievements. Though it is not a good idea to expect too much from a new player at the inception of his Test cricket career, it is clear that England has found a trailblazer on its side. The Australian team, with its unrivaled bowling, is now aware that it is up against a phenomenal bowler.

The newly placed protocols for concussion injuries will prevent Steve Smith from playing at Headingley, but hopefully, he will be in good shape to perform at Old Trafford’s fourth Test match. Root will definitely rely on Archer’s bowling to disarm Smith again, should he re-join the match.

If the English batsmen manage to form a strong team collaboration against Australia’s invincible bowling, they could stand in line with their opponents as equals. It will then come down to Smith and Archer to pave the way for this summer’s winner of the urn at Old Trafford. Keep your fingers crossed for what seems like it could be one memorable Ashes Test series history in the making.