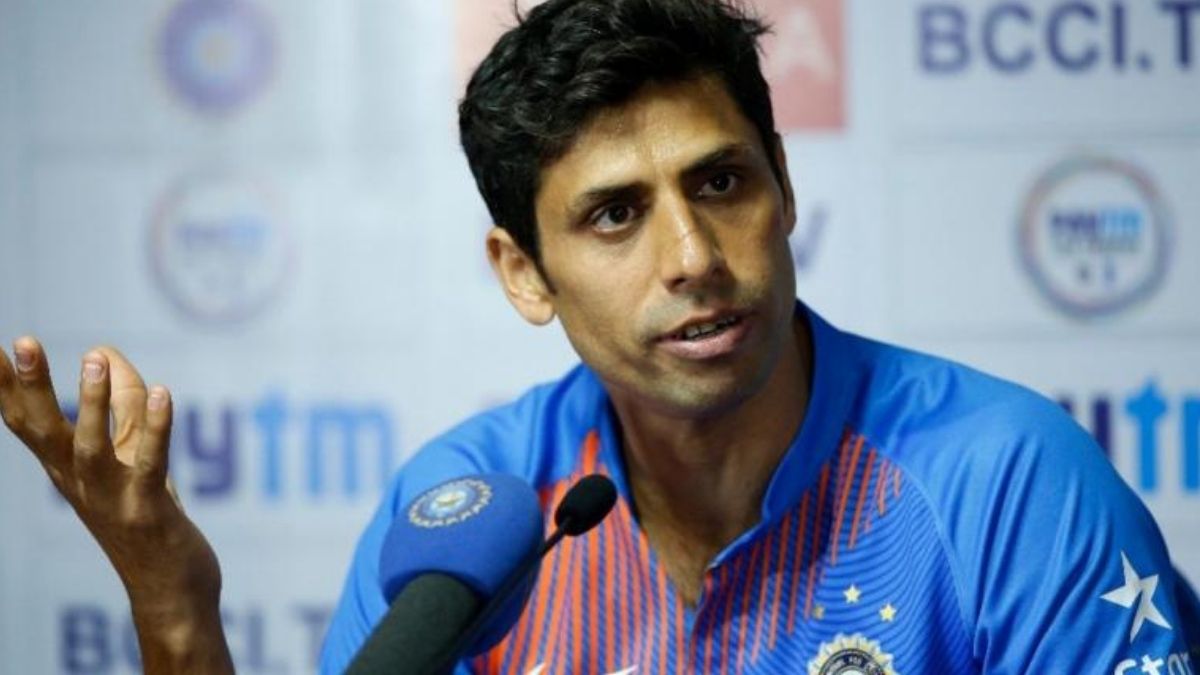 Ashish Nehra is a prominent figure in Indian cricket. The tall lanky Delhi boy was lethal with the ball and even after his retirement his presence in the commentary box is loved by fans. Nehra’s career was filled with injuries but when he was fit then he was a force to reckon with. He was part of the 2011 World Cup squad and made his comeback to the Indian team even at the age of 36 when most of the cricketers retire. His dedication to this game is considered an inspiration to young cricketers.

Nehra was born on 29 April 1979 in a joint family. He was very naughty from childhood. Growing up he was very fascinated by fast bowling and Wasim Akram was his role model. Ashish Nehra and Sehwag are childhood friends and they used to travel on Nehra’s scooter to reach Feroz Shah Kotla for practice.

He made his captaincy under Mohammad Azharuddin in 1999 but injury always pulled him back. The 2000s was a changing era in Indian cricket under Sourav Ganguly and Nehra was one of the cricketers which Ganguly bet on to revolutionize Indian cricket along with Virender Sehwag, Harbhajan Singh, Zaheer Khan.

One of the most iconic moments for Ashish Nehra came in the 2003 World Cup against England when he took a career-best 6 wicket haul which is still a record in Indian cricket. Nehra was a regular member of the Indian team back then but injury always came as a roadblock. He didn’t play Test match cricket as much, he would have liked to because of injury issues and he still counts it as the biggest regret of his career.

He played his last test match in 2004 and only played White-ball cricket for India after that. He has played over 100 ODIs for India and his biggest achievement came in 2011 when he lifted the World Cup at Wankhede. Although he again fractured his hand during the semi-finals against Pakistan. After 2011 also his struggles with injury continued and was out of the Indian team for a long time.

In 2015, Ashish Nehra rejuvenated his career. He was playing for Chennai Super Kings under MS Dhoni and that season he picked 22 wickets which led to a comeback in 2016 at age of 36. At that age, most of the cricketers retired but Nehra reinvented himself in hunger of donning that blue jersey again.

He retired in 2017 and is now regularly seen in the commentary box. Ashish Nehra is a funny character and his talks are loved by cricket fans all over the world. His simplicity is beyond imagination and in this article, we will be looking at his net worth, source of earnings, and achievements of his career.

Ashish Nehra is one of the most famous cricketers in the world and was part of India’s golden generation. He lives a simple life and until 2016, he was using his old Nokia E51 keypad phone. His net worth is approximately around 4.7 million dollars or we can say 35 crores in Indian currency. Nehra is a free-flowing person and he once revealed that his wife manages all his finances and he doesn’t care about money.

Ashish Nehra Net Worth over the years

Let’s now go into details of Ashish Nehra’s net worth.

IPL has played a crucial role in Ashish Nehra’s career and was one of the main reasons behind his incredible return to international cricket in 2016. Ashish Nehra started his journey in IPL with Sachin Tendulkar’s Mumbai Indians in 2008 and was snapped by them for 1.6 crores. But after one season Mumbai decided to transfer Ashish Nehra to Delhi Daredevils and replaced him with another Left-arm Pacer Zaheer Khan.

Ashish Nehra represented his home side Delhi Daredevils in two seasons and played a crucial role under his friend Virender Sehwag’s captaincy. In 2011, New franchise Pune Warriors India snapped him for a record 3.9 crores after his heroics for India during that phase. Although he missed the 2011 season because of a broken arm.

He played the 2012 season for the Pune franchise but decided to move to his loving Delhi Daredevils for 2nd stint. Being a Delhi boy, Delhi Daredevils holds a special place in his heart, and on request of Virender Sehwag, he moved to Daredevils. In 2014, Ashish Nehra’s career took another turn and eventually a career-changing turn. He was picked by Chennai Super Kings under MS Dhoni captaincy for 2 crores.

In the 2015 season, he picked 22 wickets which led to his comeback to the Indian team. After Chennai Super Kings were banned then he again went to auction and this time, he was picked by Sunrisers Hyderabad for a whopping 5.5 crores. He played 2 seasons there and won his maiden IPL title in 2016.

Ashish Nehra is one of the funniest personalities in Indian cricket. His persona and simplicity are loved by fans. His characteristics suit every Brands requirement but surprisingly Ashish Nehra is not seen endorsing any brand. He once revealed that endorsements don’t interest him much as they force you to do certain things. He is seen commentating now and some of his brand associations are

Surprisingly Ashish Nehra is not active on social media. A fun-loving person like him is tailor-made for Social media but he likes to stay away from this stuff. He once revealed that till 2016, he was using Nokia E51 and recently has started using iPhone 7. Reportedly he only uses Whatsapp to stay in touch with his friends but he has a verified account on Instagram and it is unknown if that is his or not.

Ashish Nehra lives a simple lifestyle and is not on any public social media platforms but he has a luxurious range of cars in his collection. He used to travel with Sehwag on a scooter during his early days but now owns big brands cars.

Ashish Nehra is a Delhi boy and lives in Delhi Cantt. His luxurious mansion is in Delhi but its worth is still unknown. Nehra also has a Mansion in Goa which he rents when it is not in his use. He is an old-school investor and has various properties across India.

Ashish Nehra was born on 29 April 1979 and did his schooling at Salwan Public School. His father has played a major role in his career and he credits him so much till now. Being from a joint family, it wasn’t easy for Ashish to achieve such heights but he has worked really hard to achieve these things.

Ashish Nehra lives a simple life and never made headlines for the wrong reasons. He was very quiet in the media and always used to avoid personal questions. He is married to Reshma whom he married in 2009. It was an arranged marriage and was done within 10 days. Reshma and Ashish are now blessed with a son and daughter. They happily live in Delhi and Rushma regularly posts their beautiful family pics on Instagram.

Ashish Nehra was an aggressive bowler but never was involved in a controversial incident but sometimes in the heat of the game, some things happen which create unnecessary outrage among fans and media.

Ans Yes, it was captured in a live match during the Pakistan and India ODI match.

Q. Is Ashish Nehra from Delhi?

Ans Yes, he revealed in an interview with Gourav Kapoor

Q. When was Ashish Nehra last played for India?