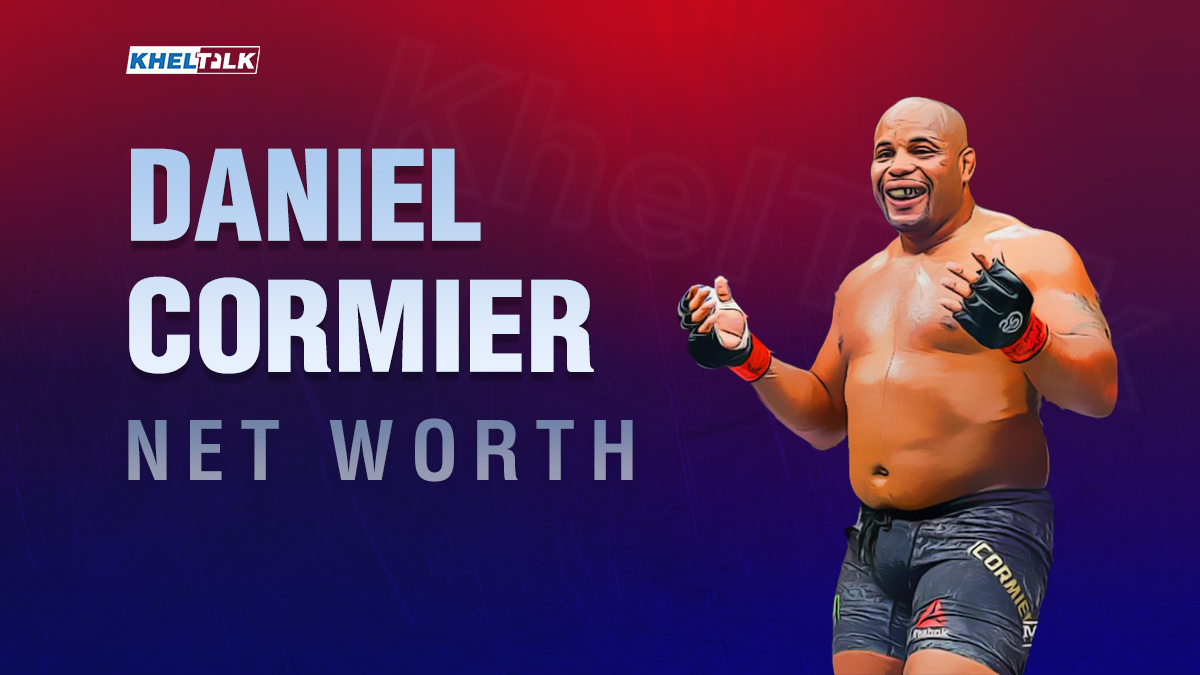 Daniel Cormier is a former American MMA fighter who tasted success in the Ultimate Fighting Championship and before MMA, he was a freestyle wrestler and even fought in Olympic Games. Cormier is still associated with UFC but as a commentator now but will be always remembered as one of the most dominant heavyweight fighters of history.

Cormier was born in Louisiana to Joseph and Audrey Cormier. His childhood was not normal compared to others and had to go through some serious family problems. His father was shot dead by his second wife’s father which completely shattered Daniel as he was very close to his father. Till high-school Daniel was very active in wrestling and had a record of 101-9 when he left school and was voted most outstanding wrestler or state many times.

He then went on to dominate college also and was unbeaten with a record of 61-0 which established him as one of most promising wrestlers of America. Cormier was National Champion from 2003 to 2008 which was a tremendous achievement. He had a successful Freestyle wrestling career but after the 2008 Olympics, he shifted to MMA and built a rich legacy there also. We will take you to Daniel Cormier’s MMA journey, net worth, house further in the article.

Daniel Cormier used to fight in the Heavyweight and Light-Heavyweight category and no one predicted that he could survive the ruthlessness of these sports after having a successful run in Wrestling. Cormier defied all odds and now is considered one of the greatest of all time. His current net worth is estimated to be $7 Million and still is contracted with UFC as a commentator.

Daniel Cormier was very dominant throughout his Wrestling career whether it was a high school game or Olympic match, he always fought to destroy his opponent. He was unbeaten in his college career and carried this legacy to the national championship also. Cormier won 6 National Championships from 2003 to 2008 which still is a record.

He has won many accolades for the USA also and was a Pan American Games gold medalist in 2003. Cormier also won a Bronze Medal at the 2007 World Championships and just fell short of gold in the 2005 World Cup. The Olympic Games 2008 was his last assignment and he left Wrestling scene after that.

Daniel Cormier has children with many women. He had one daughter with his girlfriend who died in 2003 in a car accident. Cormier went through big trauma back then and still sometimes has nightmares about it. In 2011, Daniel’s fiancée Salina gave birth to Daniel Jr who is now an amateur wrestler. In 2017 Daniel finally married his fiancée Salina who also gave birth to his daughter in 2012.

Daniel Cormier reportedly currently lives in Las Vegas and it is the same house he used for preparing for the trilogy against Miocic in 2020. It is a huge mansion and close to 40 people can stay therell. The worth of his house is still undetermined but through pictures on Daniel’s social media, it looks very luxurious. He also owns a small house in his hometown Louisiana which he considers as his first house.

Daniel Cormier is a big name in the world of sports and has achieved some amazing feats in both wrestling and MMA. He is ideal for every wrestler and MMA fighter in America which makes him an ideal figure for brands to put their money on. He is currently associated with UFC as a commentator but has many other brands under his belt.

Daniel Cormier has been a victim of depression due to his family struggles in childhood and his daughter’s death in 2002 left him to shell shocked. He wants to be a torchbearer of these things and uses his social media platforms to inspire people who are going through the same trauma and are frightened to come forward.

Q. How many times has Daniel Cormier defended his UFC Heavyweight title?

Q. What is the net worth of Daniel Cormier?