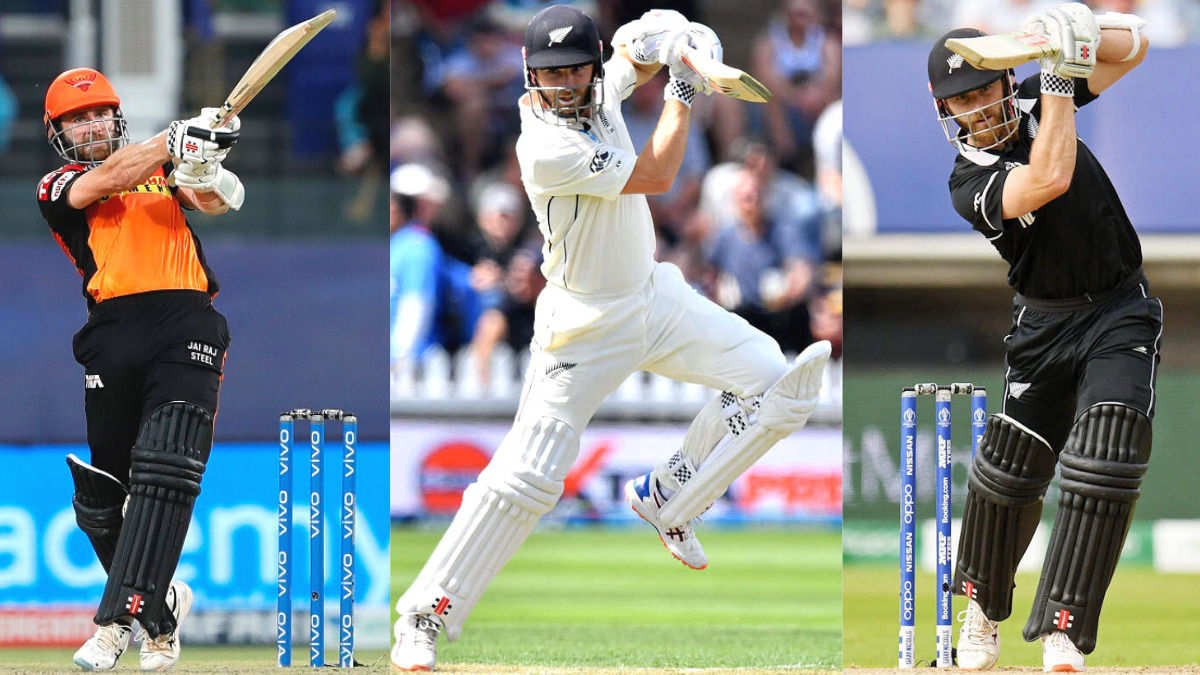 Kane Williamson is a right-hand, middle-order batsman and a handy off-spinner at times, and the current captain of the New Zealand Cricket team. He represents the Northern Districts of New Zealand in the domestic circuit and the Sun Risers in the IPL.

Kane Williamson plays in all three formats of the game, and this is a player who has played International Cricket with all the three kinds of Cricket balls viz. Red, White, and Pink. Kane Stuart Williamson is his full name. He was born in Tauranga, New Zealand, and is considered one of the top three batsmen in the World..

Kane Williamson Wiki has all the vital information on him. It shares details of his

Kane Williamsonwas born into a Christian family on Aug 08, 1990, in

Tauranga in New Zealand. His family consists of his parents and four siblings. His father’s name is Brett Williamson, and his Mother’s name is Sandra Williamson. He is married to Sarah Raheem, his long-time girlfriend, and has one child.

Kane Williamson returned to Yorkshire in 2015 and has been with them since.

Kane Williamson was initiated into the ODI squad of New Zealand against India on Aug 10, 2010. He made a ‘Duck’ followed by another ( this time against Srilanka), and Kane Williamson faced an end to his ODI career.

History did turn 360 degrees. Kane Williamson scored a century against Bangladesh and became the youngest centurion for his country.

Kane Williamson has played in 151 matches and amassed 6173 runs in 144 innings. His average of 47.48 per inning at an impressive strike rate of 81.75. Thirteen hundred and 39 Fifties are included here.

Of the 151 matches, he has captained 77 matches. He has led them to 41 victories and lost 33 of them this making his win percentage 55.33. Only four captains have a better average, but Kane Williamson has many years of cricket left in him to surpass them

Kane Williamson was 20 years of age when he made his test debut against India Ahmedabad. He played like a veteran from his first delivery and took the Indian bowlers to the cleaners. He made 131 off 299 innings, thus achieving a milestone of becoming the eighth Kiwi batsman to score a century on debut.

Centuries followed from his bat unabated, and he was compared with Virat Kohli. Kane Williamson has played in 83 Tests so far, in which he has amassed 7115 runs. His average is a healthy 54.31. His highest score was 251, and 24 tons with 32 Fifties.

Kane Williamson has captained the Kiwis in 35 matches but has won 21 of them, losing just 8 of them. He has to beat Stephen Fleming, who is perched on the top with 28 wins (7 more).

Kane Williamson was a part-time off-spinner. His bowling action came under suspicion and was held so after eight months in December.

He made his debut against Zimbabwe on Oct 16, 2011. Initially dubbed as a Test cricketer only

With a display of aggressive cricket, he became the captain. His statistics point out a fair return in averages. He has captained them in 49 matches, winning in 23 losing in 25. He maintains an average of 31.43 runs scoring 1383 runs.

One should remember he has captained SRH too on the IPL successfully.

Kane Williamson earned the tag as one of the better Test batsmen, and his appearance in the IPL in 2015 for SRH did not create a furor as expected. He was bid for 100 K Dollars, and his contribution was meager as he batted deep down, and these opportunities were also not limited.

In 2016, SRH won the coveted Cup under Warner’s Captaincy, and Kane Williamson had started contributing by then. This was the very reason why he was retained for 4.65 K Dollars in 2017.

His batting lineup had changed, and he became the foundation around which the SRH batsmen scored.

Kane Williamson was handed over the reins as Warner was suspended in the infamous ball-tampering case, and the captain responded. In 2018, he amassed 735 runs at an alarming strike rate of 143 with an average of 52.5! The solo performance combined with efficient Captaincy led SRH to the final, where Dhoni’s CSK humbled them.

Warner returned to SRH and has captained in two consecutive years, with Kane Williamson contributing a lot.

The latest news has that Warner could lose his Captaincy yet again to the Kiwi once the Suspended IPL of 2021 is continued’ in October 2021.

Kane Williamson had featured in 57 matches and scored 1747 runs at a reasonable strike rate of 134.2. His average stands at a handsome at 41.60.

Kane Williamson‘s net worth totals to ₹58 Crores as of 2020. His net worth includes the income he receives from all the sources, including the IPL.

Kane Williamson is active on social media these days & he has a growing following there. Boult’s Instagram and other social Account Details are:

Now we look at Kane Williamson’s Cricket Stats, consisting of his primary cricket stats & cricket Milestones achieved by him in his career.

Here we have all of Kane Williamson’s achievements, including his career statics, batting career summary & all his necessary cricket information.

Kane Williamson is a level-headed player and avoids controversies. Despite that, one or two awkward incidents did happen.

Isuru Udana bowled a delivery at Kane Williamson in the IPL, which was clearly above waist high. The decision to rule it as a legal delivery surprised everyone and became a talking point.

Kane Williamson was banned from bowling his off-breaks due to a suspect bowling action for eight months. He was cleared of it later.

• Kane Williamson became the youngest Kiwi to score a test century at the age of twenty.

• His century on debut made him the eighth Kiwi to do so.

• He scored the third-fastest ODI century for New Zealand.

• He reached the milestone of 3000 test runs as the fifth fastest in the WorldWorld, and the first fastest amoung the Kiwis to do so.

• Kane Williamson was the fastest in reaching 6000 test runs amoung the Kiwis.

• Kane Williamson has scored a ton against all test-playing nations; only the 13th to do so.

Here are the top achievements of Kane Williamson: