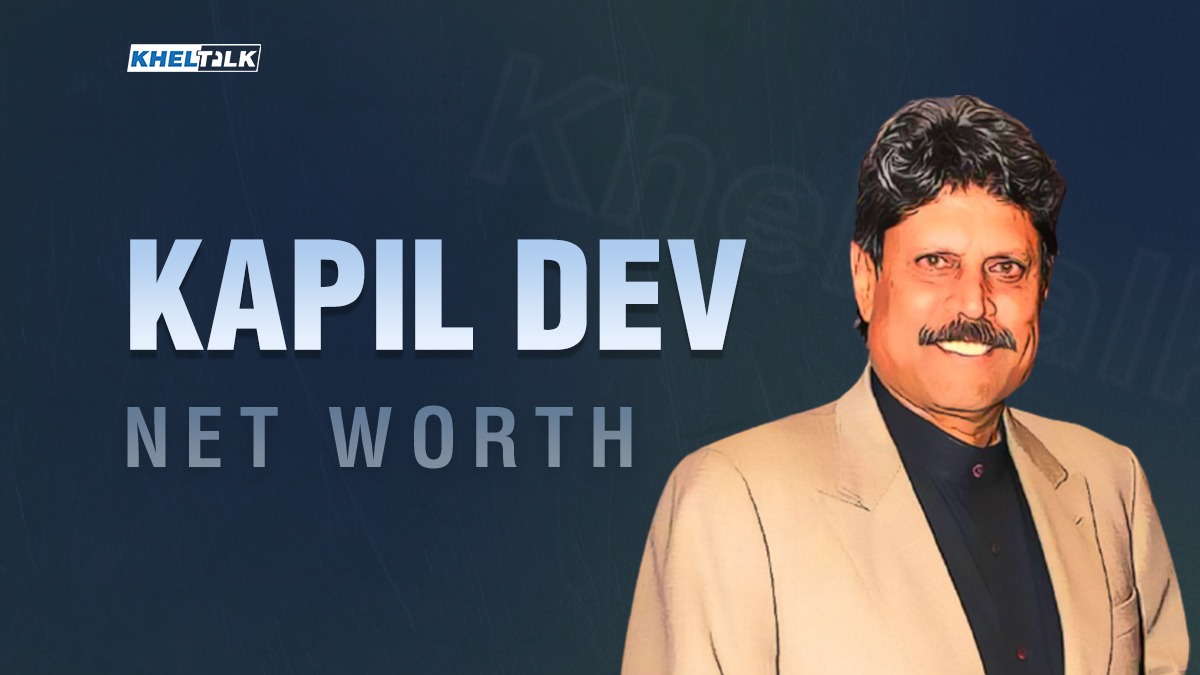 A living legend and an exceptional Bowler of his era Kapil Dev needs no introduction. The former Indian Captain was the pioneer of the 1983 World Cup win at Lords, England. He is the only cricketer to have scored more than 5000 runs and taken more than 500 wickets in Test Cricket. He held the record for most wickets taken in Test cricket with 434 scalps before his retirement in 1994.

Kapil Dev Ramlal Nikhanj was born in Chandigarh, East Punjab in 1959. He started his cricket journey playing for his state team of Haryana. Nicknamed as the “Haryana Hurricane” due to his fierce bowling he served his team with dedication.

Dev made his debut against Pakistan in 1978. He retired in 1994 and also served as the National coach of India from 1999 to 2000. Considered as one of the best all-rounders of the game he was inducted into the ICC Hall of fame and named as the Indian cricketer of the century by Wisden in 2002.

The Net Worth of Kapil Dev stands at $30 million roughly equivalent to Rs. 220 crores. Most of his income comes from cricket as he is a very respected player across the globe and a renowned media personality.

He does commentary in many international matches. Dev is also associated with various media channels as a cricket expert for pre and post-match analysis. He also earns a considerable sum of money endorsing multiple brands. He owns a chain of hotels and has stakes invested in multiple ventures which contribute to his net worth.
He is also a professional golf player which also adds to his Net worth value.

Kapil Dev makes around 12 crores a year from his job as a match commentator, tv presenter, and media appearances.

Being one of the most popular and recognizable players in the cricket fraternity Kapil Dev was approached for numerous brands due to his brand value. The Indian captain signed sponsorship deals with big companies such as AIPL ABRO, Palmolive, and Boost.

The “Haryana Hurricane” is an avid car lover and owns a fleet of world-famous luxury cars. An interesting fact about his cars is bearing the registration plates with digits “1983” which shows the significance 83′ World cup played in his life.
He has been spotted with around three of his cars bearing the number plate of “1983”.
Here is the list of top-notch luxury cars that he flaunts:

With numerous properties to his name, Kapil Dev lives in his residence in Sundar Nagar in South Delhi. Located in a posh area of the capital it is just a kilometer away from the Delhi Golf Club and National Stadium. Its location makes it feasible for the all-rounder to cherish his love of golf being near to the golf club and the national stadium where he used to train.

Q. Who is Kapil Dev’s Wife?

Q. What is Kapil Dev’s age?

Q. Who is Kapil Dev’s daughter?

Q. What is Kapil Dev’s height?

Q.What does Kapil Dev’s daughter do?

A. She is working as an Assistant director to Kabir Khan for the 83′ biopic.