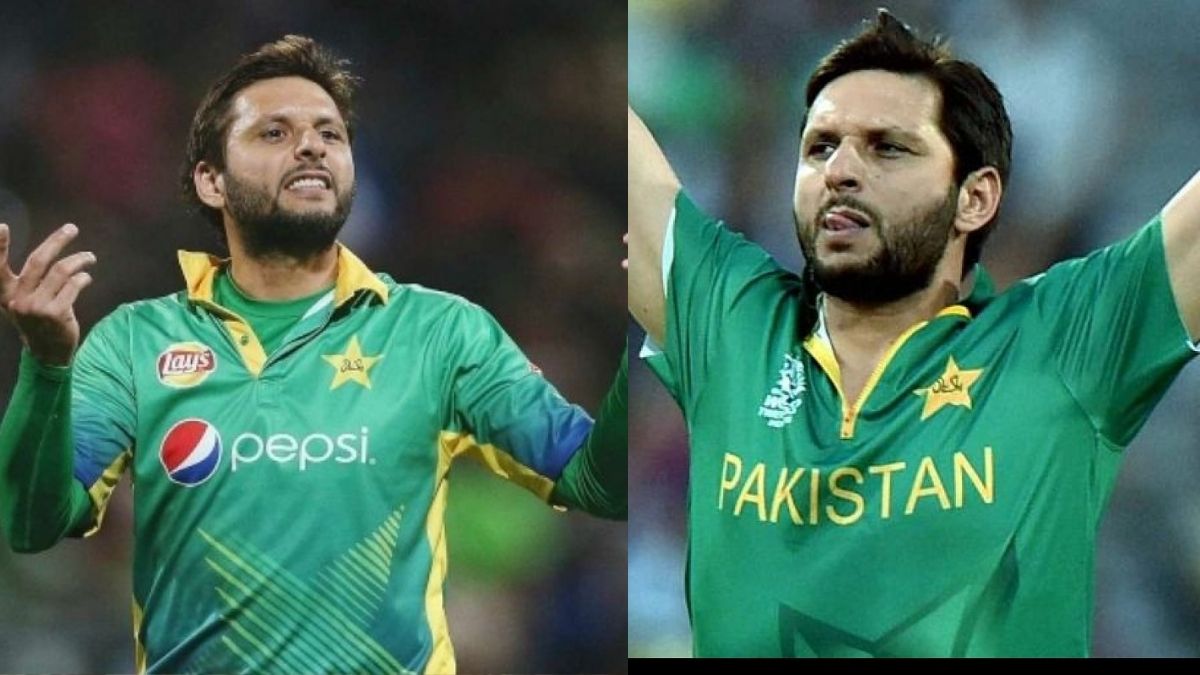 Shahid Khan Afridi, the most dominant player to ever step on the field. Afridi or famous as ‘Lala’ is a big name in both Pakistan cricket and World Cricket. He holds a special place in the hearts of cricket fans. Afridi made his international debut at age of 16 and immediately left his mark on the international arena. At age of 17, he made the record of fastest ODI century in 37 deliveries which he held for 17 long years.

Shahid Afridi was a prolific all-rounder and has won many matches single-handedly for Pakistan. In 1999, Pakistan reached the World Cup Final and Shahid Afridi was the main architect in that tournament. He and Saeed Anwar at top order was a nightmare for bowlers. Afridi became a lower-order batsman as he progressed in his career because of his special ability to clear the fence.

He is an icon in Pakistan and holds the same level as their current Prime Minister Imran Khan in Pakistan. Afridi revamped the game and introduced a new style of play to the world. He is a better bowler than batsman as per his stats but his impact was immense. He could change the match on his head. His huge sixes are now missed in international cricket, especially his iconic celebration.

Shahid Afridi is the face of Pakistan cricket and during his illustrious career, he was part of many controversies and battles. Afridi is the richest cricketer of Pakistan but success has not come easy to him. He comes from a big joint family and his grandfather was a soldier who took part in the Indo-Pak war of 1947-38.

In this article, we see the net worth of Shahid Afridi and his luxurious lifestyle, net worth & endorsements.

Shahid Afridi is one of the most famous cricketers in the world and is the richest cricketer in Pakistan. He lives in Peshawar and he is a fan of luxurious things and has some prestigious things in his cabinet. His net worth is approximately around 40 million dollars or we can say 294 crores in Indian currency.

Shahid Afridi Net Worth over the years

Let’s now go into details of Shahid Afridi’s net worth.

Shahid Afridi is a global T20 star and has featured in almost every league in the world. He was part of Deccan Chargers in the inaugural season of the Indian Premier League. After retirement also, he has been part of many T20 leagues and won titles for them.

Shahid Afridi is the biggest sports personality of Pakistan and brand endorsements is his main source of income after retirement. People in Pakistan are fans of his charm and his popularity is beyond imagination. If you compare then he holds the same status as MS Dhoni holds in India. His long list of Brand endorsements are

Shahid Afridi is a fan of speed and has many luxurious cars in his collection. He is usually seen on the roads of Pakistan, enjoying his big fast cars. Not only cars, he also has some super fast bikes. Surely his brutal fast batting strike rate is inspired by his car collection.

Shahid Afridi has many houses in Pakistan and he lives in one of Peshawar’s luxurious mansions which is worth around 10 crores. He also has a bungalow off the shores of Karachi. His Peshawar’s mansion is very luxurious and his house tour video got viral in Pakistan. Shahid Afridi also owns property in Dubai and London.

Shahid Afridi is an active investor and in 2014, he established his charity named Shahid Afridi Foundation. He now owns a chain of stores that deals in almost every daily routine item like grocery and stuff.

Shahid Afridi was born on 1 March 1980 but in his autobiography that his real date of birth is 1 March 1975. He was born in an army family and his grandfather has won many army awards for his contribution to the Indo-Pak war in 1947. He now lives in Peshawar with his loving family and is blessed with 5 daughters.

Shahid Afridi is married to Nadia Afridi whom he met in 2000. They are blessed with 5 daughters and recently he announced the engagement of his elder daughter with current Pakistani player Shaheen Afridi in 2020. He has always kept his personal life private but many times, he has been linked with big celebs. In 2017, one of the Indian television actresses, Arshi Khan claimed of having a relationship with Shahid Afridi.

Shahid Afridi was a very aggressive player both on and off the field. During his career, he has been part of many controversies both on and off-field related to both cricket and political issues.

Q. When Shahid Afridi made his debut?

Q. Is Shahid Afridi from Kashmir?

Q. How many times Shahid Afridi has announced retirement?

Ans- They are cousin brothers.