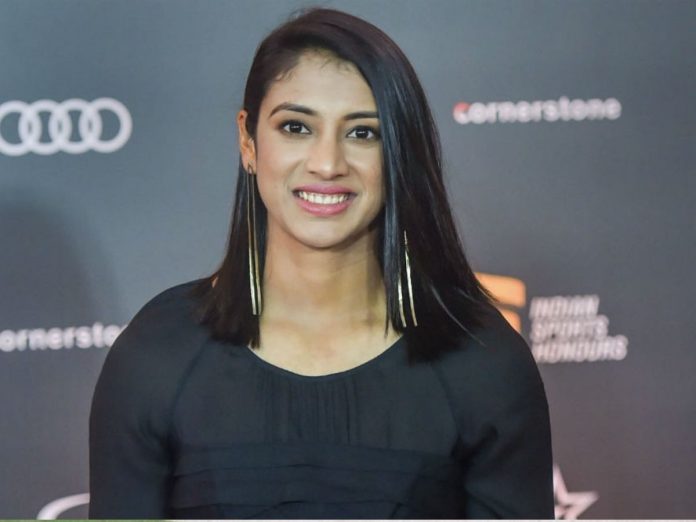 Smriti Mandhana is an Indian cricketer who plays for the Women’s National Team. Born on 18 July 1996, the 25-year-old is one of the best female cricketing talents in India currently.

The Sangli-based batter has played for the Indian women’s side in all three formats. Smriti Mandhana made her Indian debut on 5 April 2013 vs Bangladesh in a W-T20I game.

Smriti is one of the poster girls for Indian cricket at the moment. Chiefly playing as an opening batter, the 25-year-old has played for the Trailblazers in the Women’s T20 Challenge. She has also played for multiple teams in the WBBL as well.

In this article, we will have a look at Smriti Mandhana’s Salary, Net Worth, Personal Information, Career details, Boyfriend, Controversies, FAQs, etc

Smriti Mandhana Net Worth: Smriti Mandhana’s net worth is reported to be around 25 crores in Indian Rupees. She has earned her net worth through endorsements, her salary during her playing career, her investments, etc.

Smriti Mandhana’s Car Collection: The Indian star had the following cars in her garage at a point in time:

Smriti Mandhana’s House: The Indian batter has a home in Sangli, Maharashtra, India. Her home is in an apartment building. The house has multiple rooms including a room dedicated to gymming and another dedicated to photoshoots. The hall is quite spacious and has a lot of natural light and air filtering in. The home is completely furnished and Smriti Mandhana’s room comes with wooden flooring and a large cupboard.

Indian Women’s team: Smriti Mandhana made her Indian debut on 5th April 2013 vs Bangladesh in a T20I game. She has since made her ODI and Test debut for the women’s national team as well.

Since 2013, Smriti Mandhana’s stock has raised higher and higher in International cricket. She was included in the 2016 ICC Women’s team of the year and was voted as the 2018 ICC Women’s ODI player of the year.

Owing to her prowess, Smriti was included in the squad for the 2017 and 2022 ICC World Cups. The batsman helped India reach the finals of the 2017 World Cup. But the Women in Blue suffered heartbreak as they lost out to England in the final.

The left-handed batter has also been part of the Indian squad in the 2014, 2016, 2018, and 2020 ICC T20 World Cups. India again lost out on the finals in 2020, this time to Australia on the ultimate stage. As of 2022, Smriti Mandhana has already become a veteran among the Indian ranks. We hope she continues her rise in international cricket.

Franchise Leagues: Smriti Mandhana has been part of the Trailblazers in the Women’s T20 Challenge during the IPL.She has also played in the Big Bash League the Brisbane Heat, Hobart Hurricanes, and the Sydney Thunder.

Apart from this, Smriti has played domestic cricket in England and has also been part of The Hundred, representing Southern Brave.

Smiriti Mandhana is not dating anyone as of yet. The Indian batter is focused completely on cricket and hence did not explore any romantic relationships. Even if she was involved with someone, Mandhana has made sure to keep things private.

In a Twitter Q&A session with fans, Smriti revealed that she would like to have a “Love-ranged” marriage in the future. Hence we will update this subheading if we find information from an authentic source about her relationship status or a potential flame.

Mankad Controversy: Smriti Mandhana was run out in a domestic T20 game between Rajasthan and Maharashtra in 2022. Rajasthan bowler KP Choudhary saw her backing out of her crease and Mankaded her. This “controversial runout” has been made the fair play as per the MCC rules. However, it is still frowned upon by the cricketing community. Smriti Mandhana was seen having a heated argument with the bowler and other players of the Rajasthan team following the incident. Smriti Mandhana was batting at 28 at the time of this incident.

Apart from this, Smriti Mandhana has not been part of any other onfield or off-field spat. She is a “professional” mostly both on and off the field and this attitude has won her a lot of support and friends throughout her career. We hope that she continues to remain an example to the younger generation in the future.

Smriti Mandhana generally posts about cricket, her pastime activities, her endorsements, and her friends and family.

Q- Who is Smriti Mandhana’s husband?

Smriti Mandhana is yet to be married. She has been focused on her cricket career.

Q- Against whom did Smriti Mandhana make her India debut?

Smriti Mandhana’s biggest accomplishment as of 2022 is the fact that she has represented India in all three formats of international cricket.

Q- Who is Smriti Mandhana’s boyfriend?

Smriti Mandhana is currently single as per reports

Q- Who does Smriti Mandhana play for in the Women’s Big Bash League?

She represents the Sydney Thunder in the WBBL as of 2022.