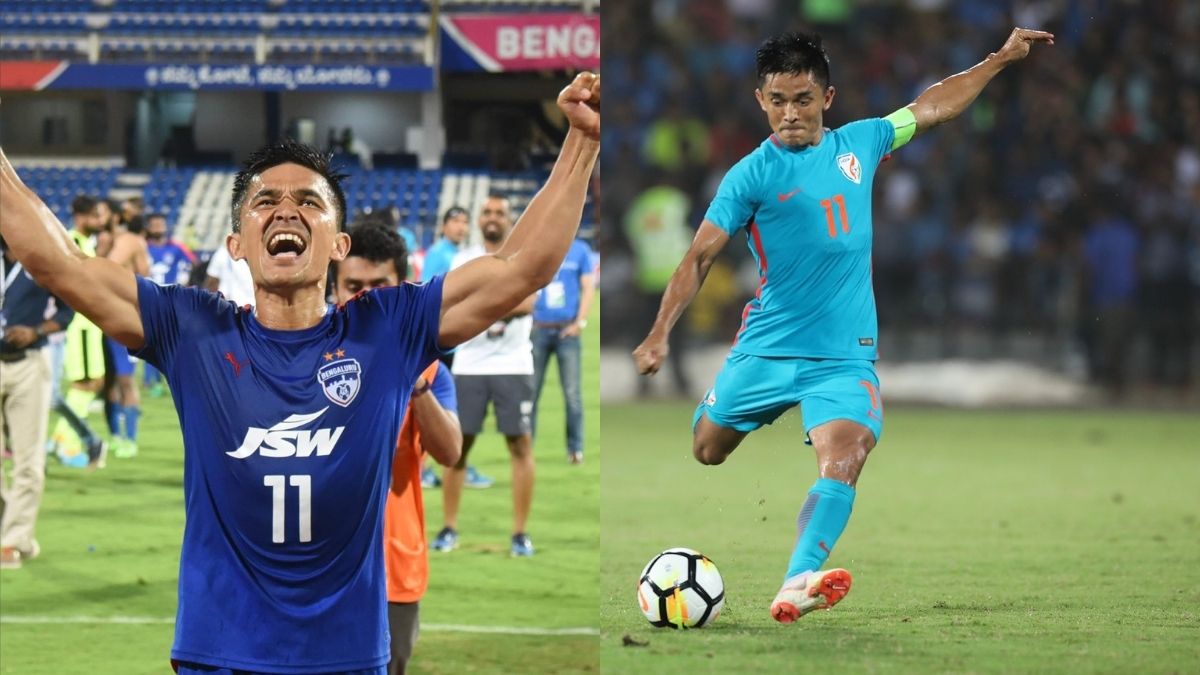 Sunil Chettri is one of the best strikers for India in a long time. He is known to have a very lethal and dangerous strike on the ball. He is currently the third active highest goal scorer in football history. He has amassed a total of 74 goals for his country. He is the highest capped player for India and is the legend of Indian football.

The Indian superstar has a very successful footballing career for India, as well as for his club Bengaluru FC. He has scored a lot of goals and his records show his efforts. He currently has a net worth of 1 Million dollars, which is comparatively less as compared to Indian cricketers. Looking at his achievements and struggles in Indian football, India needs to admire him more, for the growth of Indian football.

Here is a tabular representation of Chettri’s salary over the years:-

PUMA:-Chettri has endorsements with Puma, which is one of the most famous German sports brands in the world. The German brand became the official supplier of Chettri in December 2019, on a three-year contract.

Twelfth Man:-He is also the face of twelfth man, “ a football-only” fantasy gaming platform from NXGn Sports interactive. He signed this deal on May 2020.

Here is a tabular representation of a list of endorsements Chettri has a contract with:-

Chettri had started playing football from a young age and has been taking part in various football tournaments. Because of his natural talent with the ball, he started his professional career in 2002 at Mohan Bagan. He then went on to represent JCT, Kansas city wizards of major league soccer played in the United States. He has also represented Bengaluru FC in the Indian super league from 2013 to 2015. He was the best player over there and was the top scorer for the team. Because of his massive talent, he was signed by Mumbai City FC for Rs 1.2 Crores, making him the most expensive Indian footballer at the auctions.

He moved to JCT from Mohan Bagan, where he scored 21 goals in 48 games. Then in 2010, he went abroad and played for Kansas City Wizards, in the United States. He has also had a brief stint with Sporting Club de Portugal, which is famous for producing extraordinary players such as Cristiano Ronaldo and Bruno Fernandes.

He has also represented Bengaluru FC and Mumbai City FC in the Indian super league and has won titles with them.

He made his debut for the Indian u-20 team for the first time in a 1-0 victory over their arch-rivals, Pakistan in the 2004 SAF games.

He played his first international tournament against Cambodia football team, where he scored 2 goals. He helped India defeat Cambodia 6-0 . which improved his confidence massively. He continued his massive streak of good form and eventually became one of the best footballers in Indian footballing history.

Here is a Tabular representation of Chettri’s all time career stats:-

The Indian footballer is happily married to Sonam Bhattacharya since 2017. They were in a relationship for a long time and thus got married in 2017, finally. She is the daughter of the legendary Indian footballer, Subrata Bhattacharya. She is an independent woman and is associated with the hotel industry by running two hotels in Kolkata.

He is one of the richest footballers in India. He lives in a most amazing and fantastic sanctuary with his wife in Bengaluru. He is a modest footballer, so not much is known about his collection of cars or the luxury items he owns. However, he was seen driving an Audi A6 in the streets of Bengaluru.

Some facts about Chettri’s personal life:-

Chettri is a modest and a humble footballer who has a dream of developing India into a football powerhouse. His dream is to make India qualify for the prestigious FIFA world cup, held every 4 years, where the best teams consisting of best players participate. Because of his passion and talent for football, he is one of the best Indian footballers in history and has guided Indian team to new heights with his captaincy.

Here is a tabular representation of major individual titles won by Chettri over the years:-

Chettri has won a lot of Trophies for the Indian national football team, as well as the Club sides he has played in over the years in the Indian Superleague. He is an extraordinary striker and would fit into any top-tier football club in India.

Here is a tabular representation of all the titles Chettri has won for his club and country:

He is extremely disciplined and humble as well. Because of his humility, he has not yet been into any controversy. He is extremely passionate about football and strives to be a better player by improving his weakness.

What is the salary of Chettri at Mumbai FC?

Who is Chettri’s present wife?

Answer:- The Indian forward has been happily married to Sonam Bhattacharya.