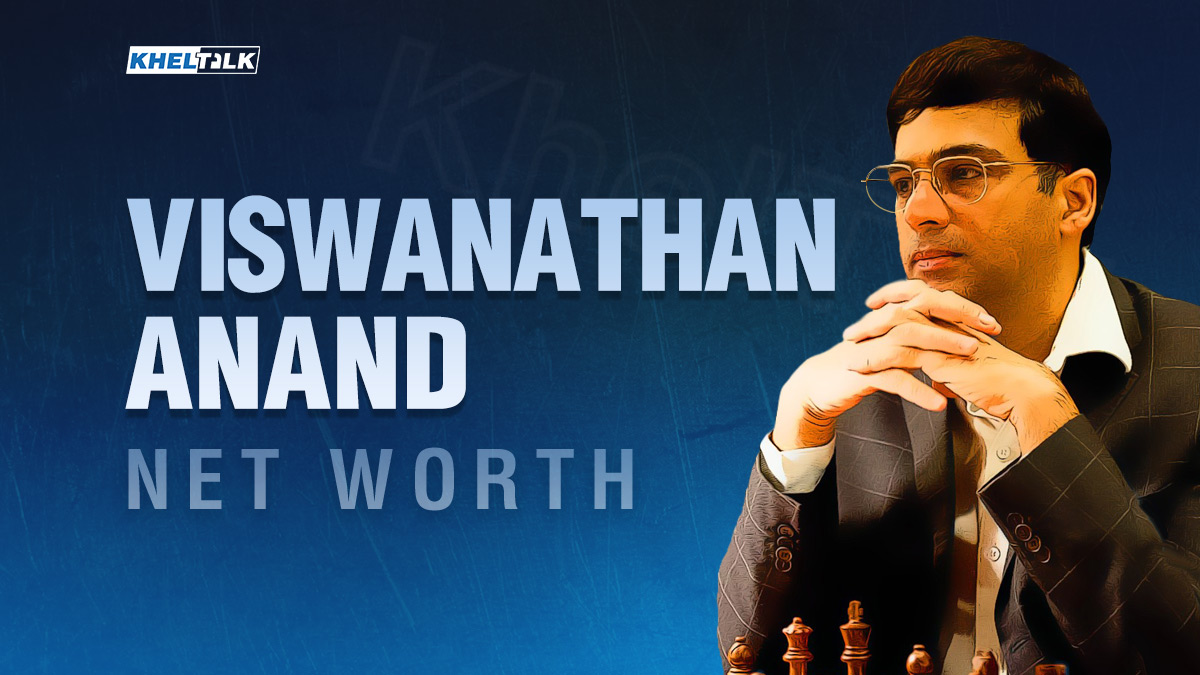 Born on 11 December 1969, Viswanathan Anand is a Chess Grandmaster from India. The 52-year old was born in Chennai, Tamil Nadu, India, and he has gone on to win multiple titles worldwide.

Anand’s first success came at the age of 14 when he won the National sub-junior championship and he has continued his rise since then.

Following his initial success, Anand built on this and went on to win 5 FIDE World Championships among many other titles to his name. To add to this, he has also won the FIDE World Rapid Chess Championship in 2003

Viswanathan Anand created history by becoming the fourth player in chess history to hit the 2800 Elo mark on the FIDE rating list, after Kramnik, Topalov, and Garry Kasparov

In this article, we will have a look at Viswanathan Anand’s Salary, Net Worth, Personal Information, Career details, Affairs, Controversies, FAQs, etc

Net Worth: Viswanathan Anand’s net worth is reported to be around $4.5 million. He has earned his net worth through endorsements, his playing career, and prize money.

As a chess player, he does not have a salary. Rather Anand can win the tournament’s prize money. The prize money could be as high as $1.5-2m in some tournaments as well.

Anand has endorsed the following brands in his career:

The Grand Master reportedly has houses in Chennai, India, and Bad Soden, Germany. His German home usually serves as a campsite before a big tournament.

The following are the books that are associated with the Chess champion:

Aruna Anand: Viswanathan Anand married Aruna in 1996. The two got married at an arranged wedding and since then Aruna has had a very positive effect on the Grandmaster. Since then Viswanathan has gone on to become a 5-time world Champion. She has become her manager and makes sure that he faces no distractions.

In 2011, the couple had a son named Anand Akhil born to them. The couple is still very strong after 25 years of marriage. We hope they continue their bond for the rest of their lives.

Cheated in Online Chess: Zerodha co-founder Nikhil Kamath played a game of online chess against Viswanathan Anand for charity. The match was supposed to be an easy win for Anand but the Grandmaster resigned as his opponent got the better of him.

Anand admitted that his opponent didn’t make any mistakes and made perfect moves in the game. Later it was found that Kamath had cheated using other tools which helped him win the game. Kamath himself admitted and apologized on Social media but the Grandmaster did not seem very happy with the deeds.

The cricket commentator is active on social media as well

Viswanathan Anand generally posts about chess, his endorsements, his family, and his friends.

He has a son named Anand Akhil

Q- Against whom did Viswanathan Anand win his first world championship?

He won his first FIDE World Championship in 2000.

It is reported that he lives in Chennai, India

He has won the FIDE World Championship 5 times

Q- Who is Viswanathan Anand married to?