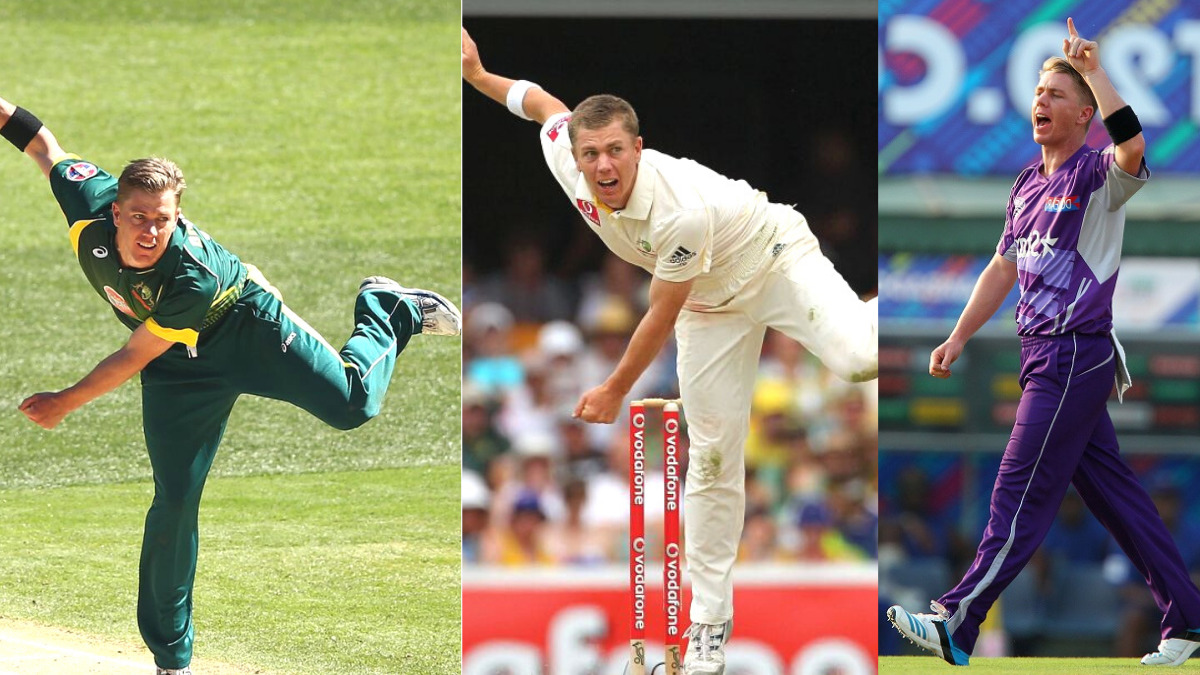 Xavier Doherty is a left-handed batsman and a slow left-arm orthodox bowler. In all the formats of the game. He represents Tasmania locally and internationally for Australia. Xavier Doherty plays in all three formats of the game, and he is a player who has played International Cricket with both types of Cricket balls, viz. Red, White but not pink.

Xavier John Doherty is his full name. He was born in Scottsdale, Tasmania, Australia, into a Christian family on Nov 22, 1982

Xavier Doherty Wiki has all the vital information on him. It shares details of his

Xavier Doherty was born into a Christian family on Nov 22, 1982, in Scottsdale, Tasmania, Australia,

Information on his Parents and siblings except his brother is not available.  He is married to Emma Doherty and has two children through his marriage.

Doherty started his cricket career early by playing for his Tasmanian Club. He had many brilliant performances, making the Australian selectors picked him up for the U-19 CWC in 2002.

• Apart from Tasmania, he had earlier played for George Town Club at 12 before moving on to the Launceston Cricket Club.

• The Aussies backed Doherty after his impressive performances in the ODI’s.

• Doherty could not live up to the expectation as he picked up only ten wickets in Eleven matches with the Economy at 7.89.

Doherty was picked up for the Test Squad, and he made his debut against England at the Ashes in 2010.

•Doherty’s Test Career lasted only three years, and he played his fourth test against India. He did not receive a call after that.

• He bagged only seven wickets in those four matches at a poor average of 78.3.

• Doherty represented the Hobart Hurricanes in his first four seasons.

• He made a move in his 5th season to the Melbourne Renegades.

• Overall, he has played 34 innings and scalped 30 wickets in the process. His Economy rate was reasonable at 7.67, but his strike rate at 23.40 was appreciated.

• He also bagged one ‘Player of the Match ‘ award.

Xavier Doherty’s net worth is estimated to be $ USD 2 Mil and Primary income from the cricketer. As of 2021. His net worth includes the income he receives from all the sources, including the Big Bash.

Xavier Doherty is not very active on social media & he has a local following there. Xavier’s Instagram and other social Account Details are:

Here we have Xavier Doherty’s achievements, including his career statics, batting career summary & all his necessary cricket information.

The last Test vs. India at Punjab Cricket Association IS Bindra Stadium, Mar 14, 2013

Here are the top achievements of Xavier Doherty:

• He had an amazing start to his ODI career.

Doherty had bowled a flighted delivery to Pakistani opener Alam who played it to the leg side uppishly.

Steve Smith moved fast from his off-side slip position and grabbed the catch.

Alam stood his ground as he felt Smith had moved to the leg slip when the ball was in the air. TV replays, however, proved otherwise, and Doherty was awarded a wicket, although under controversial circumstances.

Doherty was part of the 2015 Aussie squad, which won the WC. He has been out on the cold since playing a few matches and has now taken up the Carpentry Profession to make ends meet. His earnings have gone down a lot, and the ACA has helped him in this new endeavor. He is expected to complete his apprenticeship soon and become a professional.

There are whispers, although he may reappear to play cricket once again. Many of his fans have applauded this.