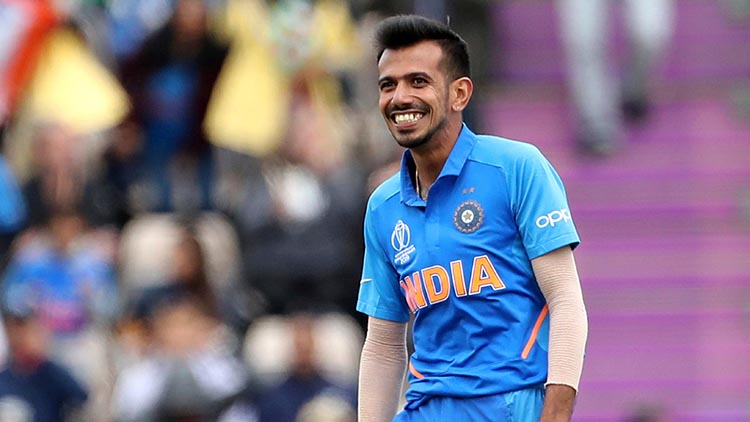 Who is Yuzvendra Chahal ?

Yuzvendra Chahal is an International Cricketer from India who features in the White ball (ODI and T20) formats of the game. His full name is Yazuvendra Singh Chahal and was born on 23 July 1990. He also happens to be a former Chess player and has earlier represented India at the International level at the Youth Level. He is a member of the Haryana Cricket Team in the Domestic circuit. His role as the Cricketer is that of a leg break bowler. He is only the 2nd player in the T20 history to have claimed a 6 wicket haul.

Yuzvendra Chahal Family consists of 5 members including his father, mother, 2 elder sisters & himself. Yuzvendra Chahal was born to Sunita Devi and K.K. Chahal in a village of Haryana. His family now resides at Jind’s Patiala Chowk. His mother is a Housewife, while his father works as an Advocate. Yazuvendra also has 2 elder sisters, and both of them are settled in Australia. Chahal’s sisters names are Geetanjali Chahal & Neel Chahal Chahal has not married yet.

Yuzvendra Chahal got married to a famous dance choreographer, YouTuber & influencer Dhanashree on 22nd December 2020. The couple dated each other for a long time before tieing the knot. The Indian cricketer and his better half stay quite active on social media platforms. Meanwhile, they too often share their picture together with the fans.

Yuzvendra Chahal is very active on social media. He has over 4.4 Million followers on Instagram and Twitter combined.

Yuzvendra Chahal is now a prominent member of the Indian Cricket Team in ODIs and T20s. His partnership, along with the Chinaman bowler of India, Kuldeep is well known to break partnerships and help the side pick wickets from both ends. The dup is known as ‘Kulcha’ in the Indian Cricket fraternity. He got the call to feature in the Indian Cricket Team after having an impressive outing in the 2015 and 2016 editions of the IPL. He was called to represent India in T20 and ODI formats on an away Zimbabwe Tour. He was decent on the Tour. But he got into the limelight against England, which was also the first task of Virat Kohli as the Skipper. In the 3rd T20 of the Series, he ended up with a figure that read 6/25 in 4 overs. His performance was also detrimental in helping India clinch the Series 2-1. In the process, he also emerged as the only Indian bowler picking up a fifer (5 wickets) in T20s. What’s more, his figure was also the 3rd best bowling performances in T20s.

Chahal’s net worth is estimated to be between $4 -$5 million dollars. He has been given Grade B Player contract by the BCCI, which he has an annual salary of INR 3 Cr. He was retained by RCB in 2020 with a salary of INR 6 Cr.

Chahal has earned over ₹ 187,000,000 from IPL to date. Here is a detailed breakdown of his IPL earnings.

Chahal played for the Mumbai Indians (MI) in the IPL in 2011. In 3 seasons that he was a part of MI, he got to play in only 1 game against the Kolkata Knight Riders (KKR). But he went on to play all games in the Champions League T20 Tournament in 2011. In the Final encounter, he took 2/9 in 3 overs against the Royal Challengers Bangalore (RCB). His performance helped MI defending a low score of 139 and lifting the Trophy. In the IPL Auction 2014, RCB picked him at the base price of Rs.10 lakh. While playing in an IPL match in 2014 season against the Delhi Daredevil (DD0, he picked the Man of the Match award. For his outstanding performance in 2015 and 2016, he was mentioned in the Cricinfo IPL XI for the year. He continued being listed in the 2016 and 2017 Cricbuzz XI. At the 2018 IPL Auction that was held in January, the Royal Challengers Bangalore signed him.

Yuzvendra Chahal was named in the 14-man Team in an away Tour of Zimbabwe in 2016. On 11 June 2016, he got to debut in the ODI format for India Vs Zimbabwe at the Harare Sports Club ground. In the 2nd match that he played, he went on to pick 3 wickets for only 25 runs and helped his side win the game by 8 wickets. His impressive performance also saw him being presented with the 1st International Man of the Match award.

His name got into the history books being a leg spinner in T20s. He was also immensely successful in 2017 as he went on to take most wickets (23) in T20 by any bowler. Against Australia on 18 January 2019, he went on to claim his 2nd fifer in T20s with the figure of 6/42. After Ajit Agarkar in 2003-2004, it was the joint best bowling figures by an Indian Vs Australia. It was also the best figures by an Indian spinner at the Melbourne Cricket Ground (MCG) in Australia Vs Australia.

Chahal was named in the Indian Team for the 2019 ICC Cricket World Cup. He had a decent World Cup as he claimed 12 wickets. He is now the 3rd bowler for India to claim 50 wickets during the 3rd T20 Vs Bangladesh.

Other than being a Star spinner in the Indian Cricket Team and the IPL, Cricket is not only the talent that Yuzvendra Chahal possesses. You would be amazed to know that he has also represented India Internationally at the World Youth Chess Championship. But he did not find any sponsor to pursue a career in chess further and hence; had to give up. Yuzvendra Chahal is listed on the Official website of the World Chess Federation.

Now we take a look at Chahal’s Cricket Career, his major cricket stats & cricket Milestones achieved by him in his career. Here we have all the Yuzvendra Chahal Stats including his career statics, batting career summary & all his basic cricket information.