KhelTalk is the only destination that brings you the finest today’s match prediction that you can trust. We are here for MNR-W vs. SOB-W Today Match Prediction, 19th Match, The Hundred Women  Online Cricket Betting Tips, which will provide every user with a clear picture of which team and in what aspect they can place their bets.

Southern Brave Women are arguably the best side of the tournament. They have won their matches so far and not only but they have those matches by significant margins. Southern Brave side is led by experienced Anya Shrubsole and has many global stars like Stafanie Taylor, Smriti Mandhana, and Danielle Wyatt. The tournament has reached halfway and now the most crucial phase has arrived. Southern Brave will look to not lose momentum and continue their form.

Southern Brave is up against Manchester Originals Women, who are at the bottom of the table but can’t be taken lightly as we have already witnessed some shocking upsets in recent matches. The southern side has won the last three-match chasing and their main strength lies in the bowling department but Manchester’s pitch looked slow in the last matches. It will be interesting if they chose to bat first looking at the wicket or follow their normal gameplay.

The tournament has reached the halfway mark and Manchester Originals Women are at the bottom of the table but they can still turn things around if they start winning. Captain Kate Cross, Harmanpreet Kaur, and Mignon du Preez are the only players who have been consistent. In this match, they are against table-toppers and if they win this match then it might be the start of their redemption in the tournament.

The Weather can become a barrier in this match. Rain is again expected during the time of the match. So far in the tournament, rain has, again and again, spoiled the moods of fans. Again, scares are there but after rain, the weather is expected to be good. So we can expect a good game of cricket.

So far in the tournament, the Manchester pitch has looked slowish. In the last match, Birmingham Phoenix Women scored 113 runs and were successful in defending that total. We can again expect the same kind of pitch but weather might affect conditions as well. Seamers might get help early on. It will be interesting what captains will choose after winning the toss.

MNR-W vs SOB-W– Who will win the match, Today Match Prediction:

English international Danielle Wyatt is one of the main reasons why Southern Brave has dominated the tournament so far. She has scored 109 runs in the tournament, her numbers don’t show the impact as the way she has scored these runs are the most impactful. She takes the charge in the first few overs and lets other batters like Mandhana take their time. He is our pick for top batter from the Southern Brave Women side.

Harmanpreet Kaur was struggling before coming into this tournament but is now looking back to her best. She is the top scorer in the Manchester side and has been single-handedly handling the batting department. Although her strike rate is low according to her reputation as there are not many batters to support her at the other end. She is back in form and will definitely give you returns.

Kate Cross is an experienced 29-year-old fast bowler from England. She is leading this side and certainly, it has affected her personal performance. Her side is bottom of the table and Personal performance is not up to the mark. She has only managed to pick 4 wickets at an expensive RPB of more than 1.4 runs. She is an international star and knows how to come after a lean patch. She is the best bowler from the Manchester side and will give you good returns.

Amanda Wellington is one of the best bowlers of this tournament. She has picked 8 wickets so far and looked unplayable. She has been found of the tournament and is overshadowing many stars like Shrubsole from her team. Her economy is really impressive. She has conceded runs less than a ball. Her variations are tough to pick and on slowish Manchester track, she will be the most dangerous bowler. She is our pick for best bowler from Southern Brave Women. 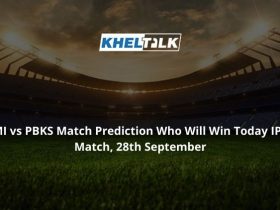 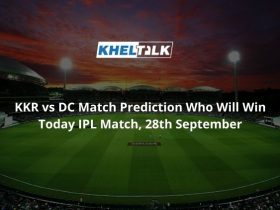