KhelTalk is the only destination that brings you the finest today’s match prediction that you can trust. We are here for PBKS vs RCB, IPL 2021, Online Cricket Betting Tips & Today Match Prediction, which will provide every user with a clear picture of which team and in what aspect they can place their bets.

Punjab Kings, despite having a good batting line-up, has struggled in the tournament so far. They were highly inconsistent with their batting letting them down on most of the occasions. The team needs their top order to fire here as they need a win desperately in the tournament and they will be taking on one of the toughest opponents here.

However, the team will take some inspiration from their last year’s run against RCB where they had ended up winning both matches convincingly. In both matches, KL Rahul was the star performer. In the first match, he had 132 runs while in the second, he scored a brilliant half-century.

In the bowling department, Ravi Bishnoi will be holding the key here and they might bring in Murugan Ashwin for this contest today.

Unlike any other year, Bangalore is enjoying a great season so far, having won five out of their six contest here. Their only loss came against current table-toppers Chennai Super Kings.

Bangalore will be keen to add yet another win to their tally in this contest and they will begin the match as favourites because of their current form.

The team has done well so far with everyone performing in at least a match. Led by Harshal Patel, the bowling is looking good with both Jamieson and Siraj picking up wickets at regular intervals while Chahal has been par.

On the other hand, Devdutt Padikkal has done well while opening the innings and Virat Kohli has provided the comfort cushion for the youngster. The team also has Maxwell and De Villiers who has done well so far in the tournament.

Narendra Modi Stadium has supported the spinners more than the pacers and going by what we have seen in this tournament so far, chasing has been easier and most of the teams have won their matches while batting second and the toss will prove crucial here.

PBKS vs RCB– Who will win the match, Today Match Prediction:

Royal Challengers Bangalore will win this match against Punjab Kings

KhelTalk experts expect RCB will begin this contest as favourites to win because of their current form. RCB looks more balanced compared to PBKS this year and a win in this match will take them to the top spot once again. On the other hand, PBKS will hugely depend on KL Rahul in this match. The skipper enjoys a good record against RCB.

Royal Challengers Bangalore and Punjab Kings will come face to face on April 30. And, we are here to tell everyone about the areas in which users can place their bets and a big amount of money on online betting portals. So, let’s give everyone brief information over the same.

Royal Challengers Bangalore are likely to dominate in the first six overs of the match. The team is in good form lately and has produced good performances so far, most of them due to the current form of Devdutt Padikkal. The opener has a strike rate close to 172 in this tournament and is likely to begin well here.

Virat Kohli is enjoying good luck in this tournament. Compared to what he had done in previous editions, Kohli has managed to win more toss here and is likely to win this as well. However, whoever wins the toss, they are likely to chase in this match as batting second is easier here.

The RCB opener has been doing well in this tournament. He has more chances of coming good in this match as well. He enjoys a good strike rate close to 172 in the tournament so far and also has a ton to his name. However, if PBKS pulls off a miracle, KL Rahul will be the man responsible for the same. Rahul has scored a ton and a half-century in his previous two contests against RCB. 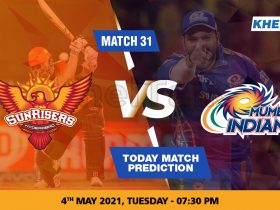 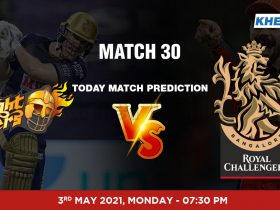 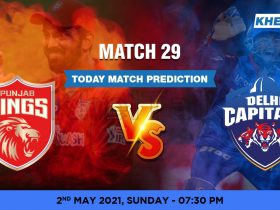 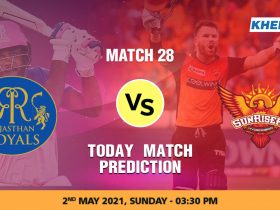