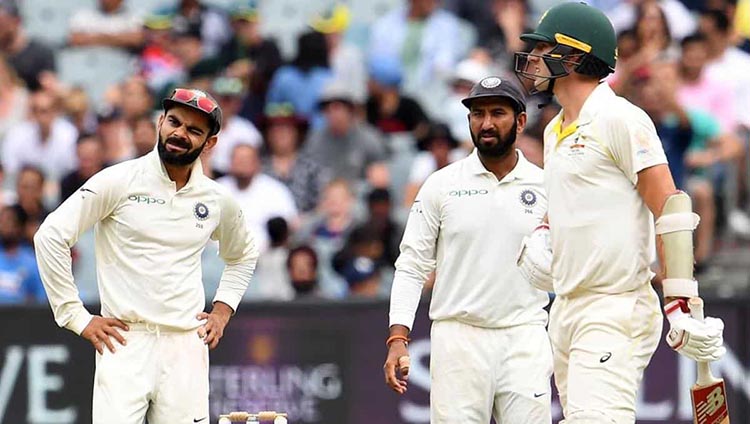 ICC was looking to come up with a summit event for the purest form of the game. And that’s when they come up with the World Test Championship.

The event was first speculated to kick off in 2013 but could begin only on 1 August 2019 after having many considerations and tweaks. It was the 2019 Ashes Series between arch-rivals England and Australia that saw the Championship rolling.

ICC has mentioned that the first phase of the World Test Championship will be held between 1 August 2019 and 2021 end. On the other hand, the second leg of the pinnacle Test event is scheduled to run from 2021 until 2023.

In our today match prediction column, we will be taking a look at the Team that is capable enough to win the first World Test Championship. The top 2 Teams on our mind are Australia and India to pocket the Trophy. We will also be talking about how these two sides fare in our Fantasy Cricket Prediction.

To begin with, it would be good to take a look at the existing ranking of both these Teams in the ICC World Test Championship!

Australia went on to retain the prestigious Ashes Series 2019. And it was its remarkable feat if we talk about Test Cricket in 2019. The Australian side that was led by Tim Paine managed to pull it off after a gap of 18 long years. Australia is currently placed at the Number 3 position in the World Rankings with 108 rating points. The Kangaroos have managed to play 10 Test matches and registered wins in 7 of them. On the other hand, they have also lost 2 games, with 1 match ending in no result due to a Tie. It has been their performance after the beginning of the World Test Championship. Australia is a niche name in the World of Cricket for ages. And we expect them to match India’s heroics match by match.

India is currently the toppers in the Points Table of the World Test Championship. India was the numero uno Test team in the world before they were outranked by Australia. And they are the hot favorites to pocket the inaugural WTC. As things stand today, India has featured in 2 Test matches and went on to 3. They only went down in a Series loss Vs the Black Caps. It was during a 2-match rubber in February 2020. It was when a disciplined New Zealand Team outplayed them by a margin of 0-2.

Today Match Prediction Tips – Who is our Favourite to Win Today?

Owing to the outbreak of the Novel Coronavirus (COVID-19), many Cricket bilateral Series and Tournaments globally are canceled. The Pandemic is on a surge, and we don’t see Cricketing action resuming anytime soon.

But if situations improve and we get some action on the field, then the next Series of Australia is a Tour to Bangladesh. In July 2020, they are scheduled to battle it out Vs the Bangla Tigers in 2 Test matches. India is also to Tour Down Under for a 4-match Test Series in November 2020. In February-March of 2021, they go to South Africa for a 3-match Test Series.

Talking about India’s next assignment, they will travel to England for a 5-match Test Series in Feb-March 2021. The Team in Blue will undertake this Series post the Australia Tour.