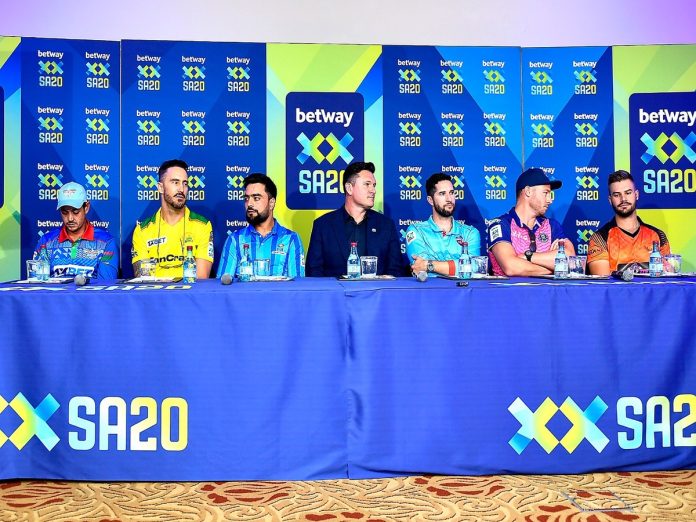 South Africa’s brand-new SA20 tournament gets underway on January 10. The tournament is expected to revolutionize South African cricket and grow the sport’s fan base in the rainbow nation. It’s interesting to note that IPL owners own all six of the teams in the league.

Teams had to assemble a 17-player roster for the following season at the auctions, with a maximum of seven foreign players per side. Up to 314 players were put up for auction, and six teams engaged in a heated bidding battle. The most expensive purchase was Tristan Stubbs, which cost INR 4.41 crore.

After more than six years of absence, veteran southpaw Rilee Rossouw ended his contract with Kolpak and returned to the international scene.

He had a productive T20 outburst earlier this year, and in the second T20I match against England in July, he scored a magnificent undefeated 96 for the Proteas, which was his turning point. Rilee Rossouw will represent the Pretoria Capitals, whose batting lineup is strengthened by Will Jacks, Phil Salt, and Kusal Mendis.

With the ball, Marco Jansen is a challenge because his movement off the deck frequently causes hitters to tangle. Given that the 22-year-old is one of the most highly sought-after players in the world, it is not surprising that Sunrisers Eastern Cape had to spend a lot of money to get him.

After being away from the T20I team for nearly five years, Wayne Parnell returned earlier this year and is in better shape than before. Since his return, the 33-year-old left-arm pacer has constantly performed well for the national squad. Pretoria Capitals, a team owned by Delhi Capitals, acquired him for R5.6 million (2.52 cr approx).

Another young South African wicketkeeper hitter on the list is Donavon Ferreira. The South African cricketer has yet to compete in senior international competition, but he already has a contract for two of the biggest T20 events in the world.

At the auction, Ferreira received all-out support from Jo’burg Super Kings, who purchased him for R 5.5 million (2.64 crores). A few weeks later, during the IPL 2023 auction, Rajasthan Royals acquired him for 50 lakhs.

One of the most reliable death bowlers in SA20 2023 is Sisanda Magala. With his bowling prowess and power-hitting skills towards the end of the innings, the seasoned campaigner is a benefit to any team in the world. He is a valuable addition to the franchise owned by the Sunrisers.

Heinrich Klaasen, a wicketkeeper-batsman with a crisp swing, became one of the top players in all formats. Klaasen aspired to succeed in either discipline and establish himself as an all-around alternative, if necessary, as someone who has always integrated the disciplines of batting and glovework. Heinrich Klaasen was signed by Durban Super Giants for R4.5M.