Argentina Likely To Play International Friendly Against Bangladesh In June 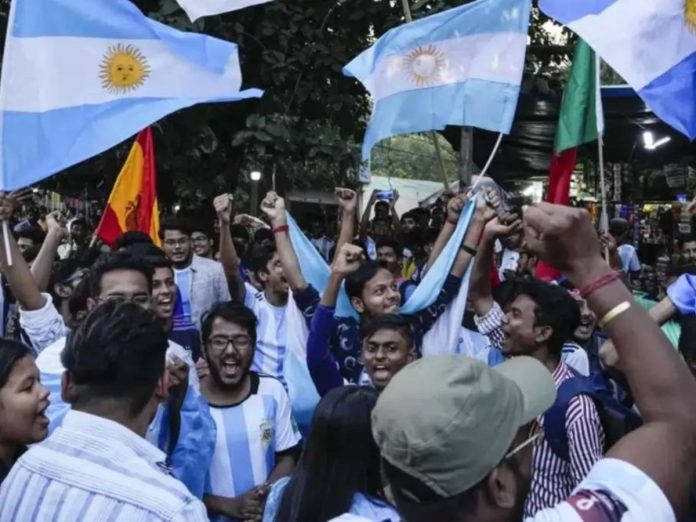 In what could be a major good news for Bangladeshi football fans, the FIFA World Cup 2022 winners Argentina might play an international friendly game against Bangladesh in the month of June in 2023.

The craze of Lionel Messi and Argentina all across the globe needs no introduction at all. Messi is a talismanic striker and his presence sends shivers down the spines of the opposition defenders and goalkeepers. Messi recently inspired his team to a FIFA World Cup victory in Qatar and etched his name as one of the Greatest Of All Times (GOAT).

Addressing the media on 17th January 2023, the Bangladesh Football Federation (BFF) President Kazi Salahuddin said that the World Champions would be visiting the subcontinent country in the month of June of 2023 to play a friendly international game.

“Argentina said they would like to visit Bangladesh during the FIFA window in June 2023 and regarding the tournament venue, the match will be held at Bangabandhu Stadium in the capital (Dhaka),” said Kazi Salahuddin.

He also said that the visit by the South American team is almost ‘finalised’.

“Argentina will provide us with a list of countries after talking with their coach and we will pick one. The visit by the Argentina soccer team is almost finalized. A talk on terms and conditions is in progress,” he added.

Mahfuza Akter Kiron, who is FIFA’s executive committee member, said that the country is in talks with countries like Japan and Morocco for international friendly matches. These matches would most certainly increase the craze and popularity of football in Bangladesh.

Bangladesh’s affinity for football is no secret

Bangladesh is a very sports-oriented country. The densely populated country lives and breathes sports and there are a lot of supporters who follow international football. Even in the recently-concluded FIFA World Cup 2022, the Argentina football team enjoyed a lot of support from Bangladesh, India and Pakistan.

Even though the love affair of Bangladesh and football is well known to one and all, the country has a FIFA ranking of 192. They most certainly would be largely benefitted with the participation of countries like Argentina, Morocco and Japan.

The top-tier football league of Bangladesh is the Bangladesh Football Premier League. The current champions are Basundhara Kings. It is their 3rd title and they are one of the sheer favourites to lift the title once again in the 2022-23 season.