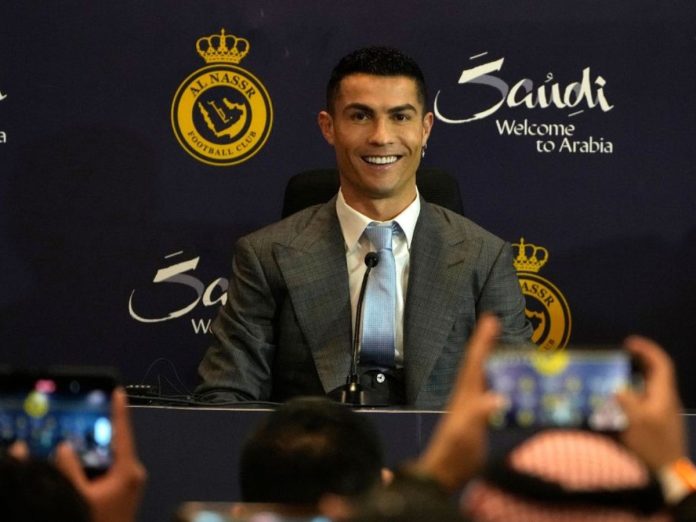 After a staggering contract worth a world record of 200 million euros, Cristiano Ronaldo will now be representing Saudi Arabian club, Al-Nassr. The talismanic 37-year-old striker had an unceremonious exit from Manchester United and post the FIFA World Cup 2022, Ronaldo penned the deal with the Saudi Arabian club.

Now on Tuesday, Cristiano Ronaldo spoke to the media about the countries he got offers from after his exit from Manchester United.

“Nobody knows this, but I had many opportunities in Europe, Brazil, Australia, the U.S., and even Portugal, and many clubs tried to sign me. I gave my word to this club,” Ronaldo added. “I want to give a different vision of this country and football. This is why I took this opportunity,” said the 5-time Ballon d’Or winner.

Al-Nassr is one of the most popular clubs in Saudi Arabia and has won the Saudi Professional League, a total of 9 times.