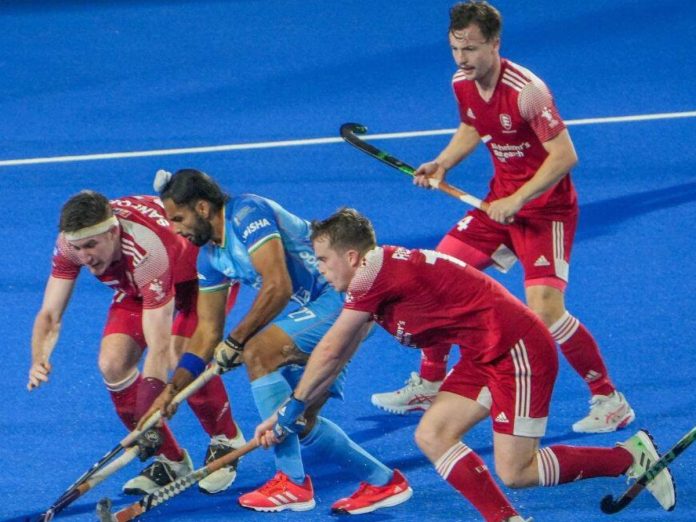 India continued their unbeaten streak in the ongoing FIH Hockey World Cup 2023 as they played out a feisty goal-less draw against England in this Pool D match. The match which was played at the Birsa Munda Hockey Stadium in Rourkela was jam-packed with an exuberant crowd.

Even though, the Harmanpreet-Singh led India had several chances of breaking the deadlock against the World Cup No.5, they could not capitalise on the opportunities and convert them into goals. There were several expectations from the Men in Blue from this game and this tournament in particular, especially after India bagged the bronze medal in the Tokyo 2020 Olympics and the silver medal in the Birmingham 2022 Commonwealth Games.

England’s goalkeeper Oliver Payne made some stunning saves to keep the match in balance and was deservedly adjudged as the player of the game. India next lock horns with Wales on 19th January 2023.