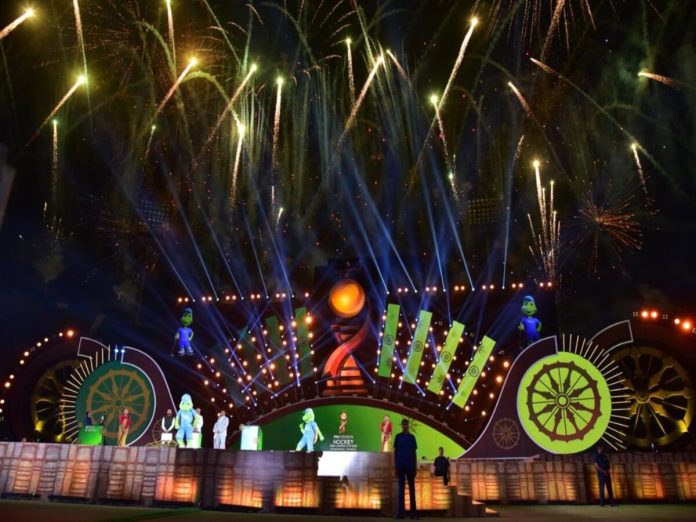 A lavish opening ceremony for the eagerly anticipated FIH Men’s Hockey World Cup 2023 will take place on Wednesday at the Barabati Stadium in Cuttack, Odisha.

Today at 6 p.m. IST, the FIH Hockey Men’s World Cup 2023 Bhubaneswar-Rourkela celebrations will get underway with a reenactment of the trophy celebrations at the Barabati Stadium in Cuttack, Odisha, by some of India’s biggest performers.

Celebrities from both India and abroad will perform music and dance throughout the festivities. Bollywood icons Disha Patani and Ranveer Singh will perform in front of a stadium that can hold over 40,000 spectators and is totally sold out.

Fans from all across the city will be able to watch the festivities live on Giant LED displays at the 16 Hockey Fan Parks in addition to those who are inside the stadium.

Men’s Hockey World Cup 2023 opening ceremony: Who all be performing?

The 11 singers who sang “Hockey Hai Dil Mera,” the official World Cup anthem, will perform with Pritam, a well-known Indian musician and composer. The legendary Bollywood singers Benny Dayal and Neeti Mohan will add rock and roll to the rich musical evening.

The amazing artists from Odisha, led by the legendary dancer Guru Aruna Mohanty, will also inject some regional flavour. The Trophy Celebrations will emphasise both India’s recent accomplishments and its rich cultural and historical heritage.

Additionally, it will signal the start of the 15th edition of the FIH Men’s Hockey World Cup, which will get underway on January 13th, 2023, in Bhubaneswar with the opening two games of the day, and continue with two more games in the evening at the brand-new Birsa Munda International Hockey stadium in Rourkela.

When to watch the Men’s Hockey World Cup 2023 opening ceremony?