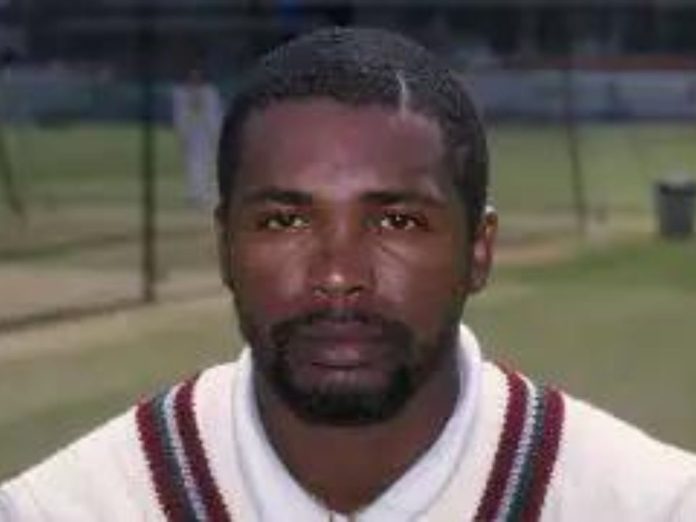 Former West Indian pacer Kenny Benjamin has been appointed as the bowling coach of the West Indies cricket team for the upcoming tour of Africa. West Indies will be locking horns with Zimbabwe and South Africa in two separate bilateral series in the coming two months.

West Indies would be keen on improving their stocks in the longest format of the game. Even though they are virtually out of contention from the World Test Championship (WTC) 2022-23 final, they would be hoping to end it on a high and set a base for the next WTC cycle.

After failing to qualify to the Super 12s in the ICC T20 World Cup 2022, their white-ball skipper Nicholas Pooran resigned from captaincy. The woes of the Caribbean team kept increasing as they suffered a whitewash Down Under.

They cross swords with Zimbabwe from 4th February 2023 for a 2-match Test series. The two matches will be taking place at the Queens Sports Club Bulawayo and we can expect some quality cricketing action from both the teams.

West Indies will have a long tour in South Africa

Post that tour, West Indies will be travelling to South Africa for 2 Tests, 3 ODIs and 3 T20Is. The 3 ODIs will give the West Indian management, ample amount of time to fixate on their playing XI for the upcoming ICC ODI World Cup 2023. The upcoming World Cup will be taking place in India and the stakes are quite high.

Rayon Griffith is the assistant coach of the West Indies team and is also the Head Coach of the Guyana Amazon Warriors in the Caribbean Premier League (CPL). The CPL is the premier T20 franchise tournament of West Indies. Over the years, it has provided a lot of opportunities to the young players of West Indies to showcase their talent and mettle to the entire globe.

The South African tour will be an extremely tough one for West Indies and they will be hoping to punch above their weight and win a few games. The white-ball series holds extra weightage as this is a World Cup year and 2-time ICC ODI World Cup winners West Indies would be trying their level best to regain their lost glory.

At one time, the West Indies was the most feared team in the world and had won the first 2 World Cups that took place in 1975 and 1979. The team was skippered by the legendary Clive Lloyd and boasted of big names such as Sir Vivian Richards, Gordon Greenidge, Malcolm Marshall and Michael Holding.

Also read: Watch: Marco Jansen Smashes Rashid Khan For 28 Runs In An Over