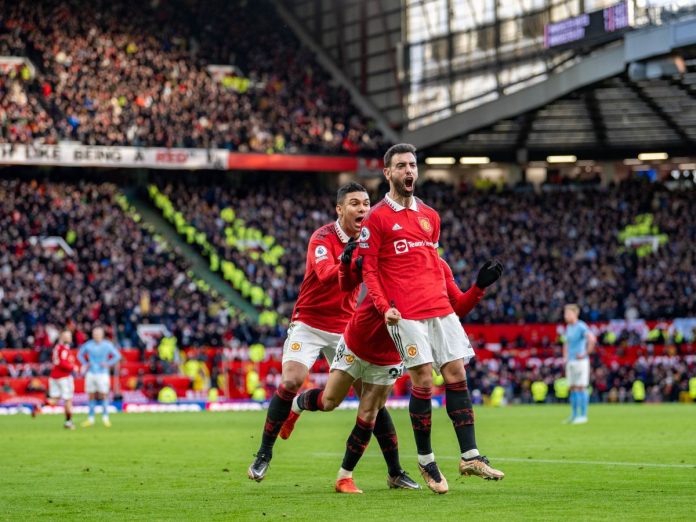 In what was an absolute crackerjack of a Manchester Derby, Erik Ten Hag’s men staged a fantastic comeback to win the game 2-1. Manchester United were, for large parts of the game, the better side. Their defence was top-notch, including their body blocks and the man-to-man marking. Fred was exceptionally good in the left-back.

Even though Manchester City broke the deadlock between the two sides in the 60th minute, courtesy a goal from Jack Grealish, it was the Red Devils who had the last laugh.

Marcus Rashford continued his impressive form as he netted yet another goal, taking his goal-tally to his personal best. Since the completion of the FIFA World Cup 2022, the young English striker has scored 8 goals in 7 matches.

The other goal was scored by Bruno Fernandes. This game was a stark contrast to the reverse fixture that took place between the two sides in October. City had run riot against United at the Etihad Stadium and had won the game 6-3.