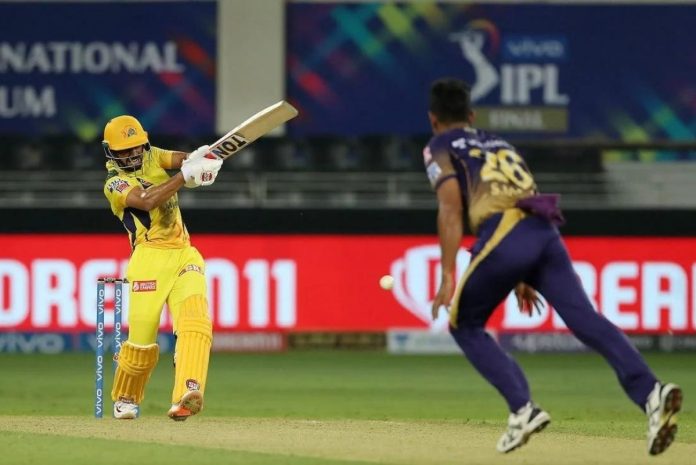 The Indian Premier League (IPL) 2022 is upon us and in the opening match of IPL 2022, Chennai Super Kings (CSK) will take on Kolkata Knight Riders (KKR). MS Dhoni-captained CSK defeated KKR last year in the IPL 2021 final by 27 runs.

The defending champions will aim to win their fifth IPL title while KKR will look to get hands-on the coveted trophy the third time. All CSK title wins have come under the leadership of Dhoni, while KKR won two titles under Gautam Gambhir’s captaincy.

KKR will observe a new captain in the form of Shreyas Iyer while MS-Dhoni remains the leader of Men in Yellow as always. Out of the 26 matches played between both sides in the last 14 editions of IPL, CSK has emerged victorious 17 times, while Kolkata won only 8 times. Meanwhile, one match ended in no result.

For Chennai, all eyes will be on their opener Ruturaj Gaikwad who remained the highest scorer last year with 635 runs in 16 matches. While Shreyas Iyer will be tested as the newly appointed captain for KRR and his performance with the bat is always exciting to watch in every IPL.

For Chennai, Ruturaj Gaikwad is the architect of CSK’s batting order. He timed his innings to perfection, playing steadily in the first half, and hammering the bowlers in the second. Chennai has always played in a similar safe template in most of the matches in the past.

Beginning their inning safely in the first half and increasing their attacking intent in the second half. Moeen Ali is another player who plays spins very well. KKR would be looking to attack him with the pace early on or else once he settles it’s pretty hard to get him out.

For Kolkata, Shreyas Iyer received the highest bid for KKR and will be a key player headlining their batting unit while also handling the placement of the field as the skipper. Meanwhile, recently Alex Hales opted out of IPL citing bubble fatigue and mental well-being as the reason for his withdrawal. Pat Cummins and Aaron Finch will also be unavailable for the first 5 matches due to Australia’s ongoing tour of Pakistan which concludes on April 05.

Where will the CSK vs KKR, IPL 2022 First match be played?

The CSK vs KKR, IPL 2022 1st Match will be played at the Wankhede Stadium in Mumbai.

When will the CSK vs KKR, IPL 2022 First match be played?

What time will the CSK vs KKR, IPL 2022 First match begin?

Where can I watch live telecast of CSK vs KKR, IPL 2022 First match?

On television, the match can be watched on the Star Sports network on the following channels.

Where to watch live streaming of the CSK vs KKR, IPL 2022 First match?

The live streaming of the CSK vs KKR, IPL 2022 First match will be available on Disney+Hotstar. You can also follow live updates on kheltalk.com

Where to watch CSK vs KKR, IPL 2022 First match outside India?

If you are residing in any other country outside the Indian subcontinent here is the list of channels broadcasting Tata IPL 2022.