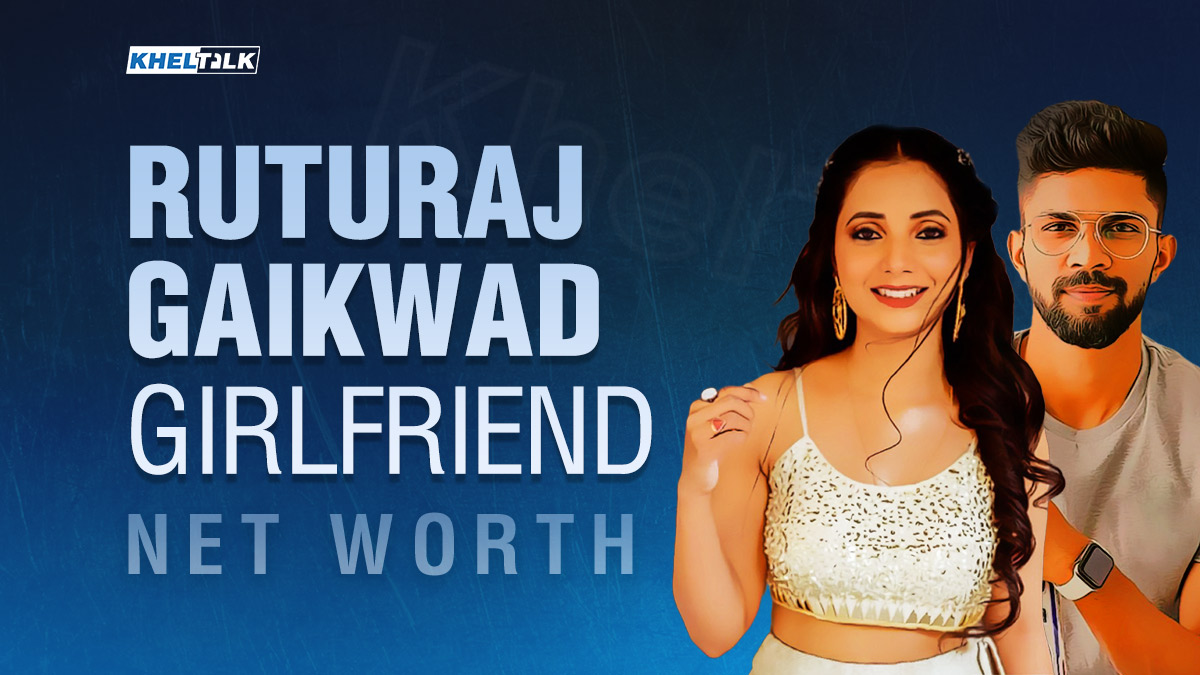 Who is Ruturaj Gaikwad Wife net worth?

Ruturaj Gaikwad’s rise in Indian cricket in the last one is remarkable and is now on verge of breaking into the Indian team as a prospect opener for next year’s 50-over World Cup which is set to take place in India. He has taken giant strides in a short span of time and gone from a skinny Maharashtra domestic team player to one of the country’s best-opening batsmen.

There is still a lot of mystery about this young lad and people are still unaware of his early life and his current personal status. Cricket is a glamor sport and sometimes young Cricketers get carried away because of instant fame and attention from glamorous ladies. There are many rumors about Ruturaj Gaikwad’s personal life and girlfriends and in this article, we will try to clean out rumors.

Ruturaj Gaikwad rose through ranks in 2020 after his extraordinary IPL season in 2nd half. Since then his name has been linked with many beauties and models. In May 2021, he was linked with Maharashtrian beauty Sayali Sanjeev when both were caught sharing emojis in comment sections. Let’s now find the facts and check out Ruturaj Gaikwad Wife & current relationship status.

Ruturaj Gaikwad hails from a typical Maharashtrian family and there are many rumors that Ruturaj is married like most of the Marathi people believe in marrying early but Ruturaj Gaikwad is currently unmarried and already has denied rumors of his marriage. He also clarified that he is not also looking for marriage in the coming years as he is fully focused on cricket and these are his crucial days to sharpen his craft as a batsman.

Fans are always curious about knowing their favorite Player’s relationship status and in the case of Ruturaj Gaikwad, he is reportedly in a relationship with his old friend for years now. His name has been linked with many celebrities like Sayali Sanjeev but there is no truth about these rumors according to people close to Ruturaj Gaikwad.

Who is Ruturaj Gaikwad’s Girlfriend

Ruturaj Gaikwad is a young and attractive boy from Maharashtra. He also has a big female following like other cricketers but he is currently in a relationship with his old friend Utkarsha and their picture of doing gym together also went viral last year. She is still a mystery to the media world as there are not many pictures of her on social media and neither Ruturaj Gaikwad has shared any pictures of her on the internet.

Ruturaj Gaikwad always looks like a focused person on the cricket field while fielding or batting and never gives an inch to opponents but in real life, he is reportedly clean bowled by Maharashtrian beauty Utkarsha who is the alleged girlfriend of this rising dynamite from the Chennai Super Kings team. There is not much information about Ruturaj Gaikwad’s love story but reportedly they have been dating for years now and Utkarsha is said to be Ruturaj Gaikwad’s childhood friend.

Relationships rumors, Link-up rumors are part and parcel of any cricketer’s life. Ruturaj Gaikwad is no different and there are many hot gossips regarding Ruturaj Gaikwad’s personal life. His name has been linked many times with many actresses but in May 2021, his exchange with Maratha Actress Sayali Sanjeev on her Instagram handle sparked hot gossip about their alleged relationship.

Chennai Super Kings opener was caught showering his love on Sayali’s picture on Instagram with a heart emoji which Sayali replied with 4 heart emojis which gave fresh gossip to media outlets about their relationship. But there is no further evidence of their affair and then Ruturaj Gaikwad’s picture with his girlfriend demolished all rumors of his ex-girlfriends and affairs.

Q. Who is Ruturaj Gaikwad’s wife?

Q. What is the cast of Ruturaj Gaikwad?

No, he is reportedly in a relationship with Utkarsha

Q. What is the age of Ruturaj Gaikwad?

Q. Ruturaj Gaikwad is from which place?

He is from Pune, Maharashtra