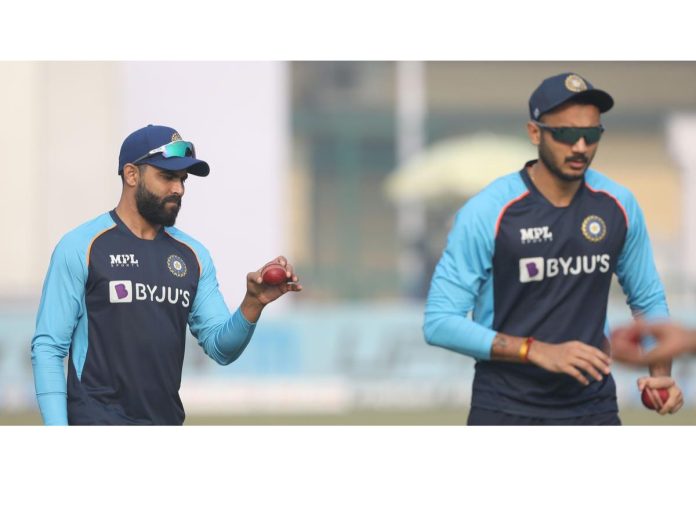 Playing all three formats of the game at the highest level can often be challenging. Ravindra Jadeja is one such cricketer for India, who is an asset across all the 3 formats. His power-hitting during batting, his precision with the ball, and his gun fielding make him an indispensable part of the Indian cricket team. However, a string of injuries has often kept him out of the league. Axar Patel has proven to be a good replacement for him.

Presently as Jadeja is injured, Axar Patel has been a part of the Indian team. In yesterday’s match against Sri Lanka, the Gujarat-based player bagged 2 wickets and scored a fabulous knock of 65(31), which eventually went in vain.

In this article, we take a look at 3 reasons why Axar Patel can be a good replacement for Ravindra Jadeja:

With the cherry in his hand, Patel has proven to be very useful. His tight line and lengths and his occasional tramline yorkers make it very difficult for the opposition batters at times.

The left-arm leg-spinner has bagged 47 wickets in just 8 Test matches and wreaks havoc whenever he plays in the spin-friendly condition of India.

2. He can be destructive with the bat

We have often seen some unreal hitting from the southpaw. He smeared the Sri Lankan bowlers all across the park in his stellar knock yesterday and single-handedly gave India a chance to win the game in the 2nd T20I vs Sri Lanka.

He has a good strike rate of 135.6 in T20Is which underlines his incredible prowess with the bat.

3. Axar Patel is a good fielder

On the field, Axar Patel is a livewire. He often motivates the bowlers and keeps the confidence level high of his teammates. The all-rounder can take some good catches and also is good with his on-ground fielding.

Also read: 3 Players Who Can Replace Rishabh Pant As Keepers In The Indian Test Side