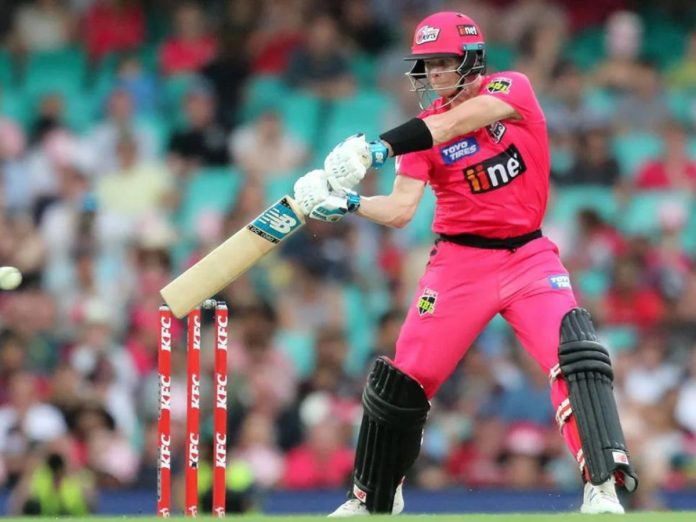 We often attribute Steve Smith to be a Test player. Smith isn’t really one of the most fascinating T20 players and was also dropped from Australia’s T20I World Cup playing XI. But in the ongoing Big Bash League (BBL) 2022-23, the 33-year-old has smashed his maiden BBL century.

Incidentally, this is the first century from a Sydney Sixers batter. Batting first in this BBL 2022-23 against Adelaide Strikers, Steve Smith blasted his way to a belligerent knock of 101 (56). His explosive knock was packed with 5 fours and 7 sixes and he had a stupendous strike-rate of 180.36.

Smith had to return to the pavilion in an unfortunate way as he was run-out by Matthew Short and Alex Carey.

At the end of the first innings, Sydney Sixers has put up a mammoth total of 203-5.

Also read: Is This The End Of The Road For Wriddhiman Saha After IND vs AUS Series Snub?