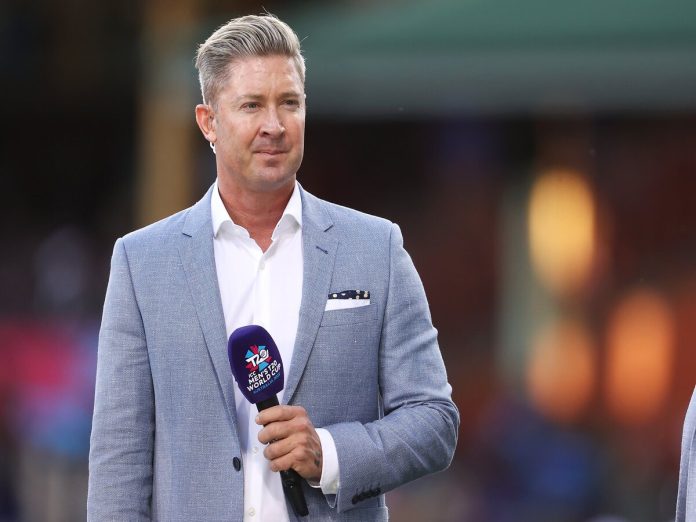 The repercussions of Michael Clarke’s controversial night out in Noosa seem to be becoming more personal. According to the Australian Associated Press on Saturday, January 21, former Australian cricket captain Michael Clarke may have missed out on a lucrative BCCI commentator gig for India vs Australia Test series.

After a video of Clarke fighting with his partner went viral on social media, Clarke found himself in the spotlight for all the wrong reasons. After his girlfriend Jade Yarbrough accused him of infidelity, Clarke and Yarbrough can be seen shouting.

Mark Waugh, a Fox Cricket commentator and former Test great, will replace Clarke on the mic for Australia’s four-Test series against India next month despite only being available for two games.

Clarke might, though, have already secured a different commentary gig. The former Australian captain is negotiating to commentate on Pakistan’s T20 league, which kicks off around the same time as the Test series.

After reviewing Clarke’s position as soon as the viral video of him and his partner arguing in a Noosa park was posted, Indian cricket executives apparently launched a review because they were worried about their reputation and have been in private talks with other former Australian cricketers.