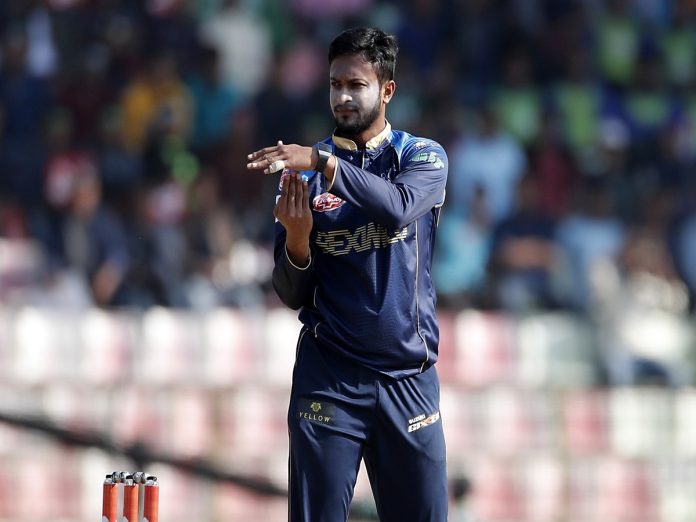 The ninth season of the Bangladesh Premier League, or BPL, is all set to begin on January 6. There are seven franchise teams in it, and they will compete in 46 games in Dhaka, Chattogram, and Sylhet. On February 16, the final game will take hold in Dhaka.

Shakib Al Hasan harshly criticized the Bangladesh Premier League two days before the new season began, even claiming that the league would very well be inferior to the Dhaka Premier League, the nation’s local one-day league.

When asked what changes he would make if he were given charge of the BPL, Shakib highlighted the challenges the league is currently experiencing, particularly this season, by claiming that he would have made sure that the players’ draught would take place on time and that the schedule would prevent it from clashing with other T20 leagues.

“If they made me the BPL CEO, it would take me one or two months to correct everything,” Shakib said. “You have seen the movie Nayak, right? If you want to do something, you can do it in one day.

I would do the players’ draft and auction (on time) and hold the BPL during my free time. We will have all the modern technologies. There will be quality broadcast and home and away venues.”

I don’t see what’s stopping us

The BPL postponed their player drafting till November 23 because they took their time finding owners for each of their seven franchises. By then, the two other competitions that are also occurring in the same January-February period, South Africa’s SA20 and the UAE’s International League T20, had acquired the majority of the star-studded talent. Shakib was quite upset by the fact that none of the players they were able to sign will be available for the entire season.

“I don’t see what’s stopping us if we have the willingness,” he said. “If we are willing, I don’t see any reason not to have the DRS, the draft or auction not being held three months in advance, or the teams wouldn’t be confirmed two months in advance. The players are only available for one or two matches. Nobody really knows for how long they are available.”

DPL is more organized than BPL

According to Shakib, Bangladesh’s domestic one-day league, the Dhaka Premier League, which has been running for almost 50 years, maybe superior to the BPL. To support his view, he provided an example.

“I saw in the news that the jersey is not ready. It is a messy situation. Maybe our DPL is more organized. They can arrange the team ahead of time. They know what their team is going to be. Every DPL team knows who is playing where for the next edition.

“We don’t really know what’s going in the BPL. It only starts when the BPL matches start. The tournament starts on January 6. There’s no BPL before that. Before this, everyone is practicing on their own.”

Also Read: BPL 2023: More Than 20 Pakistan Players Including Rizwan & Shaheen Afridi Will Play This League, All You Need To Know