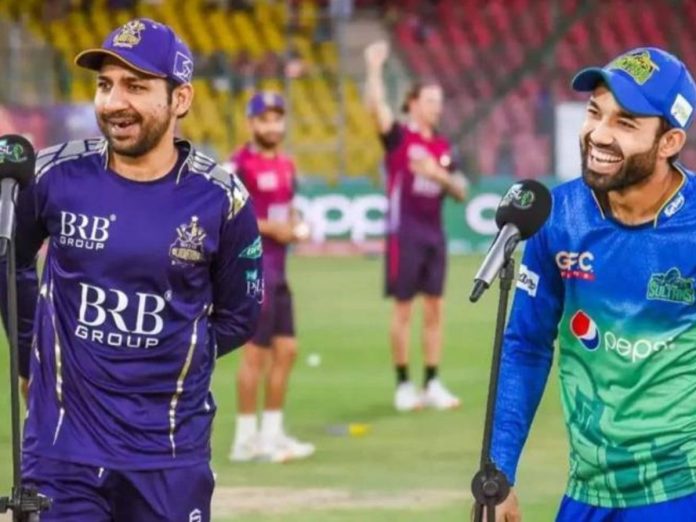 Sarfaraz Ahmed was recently announced as the player of the series in the recently-concluded Pakistan vs New Zealand Test series. Both the matches in the 2-match Test series ended in draws as the highway-like pitches on Pakistan had absolutely nothing for the bowlers.

Now, Pakistani wicket-keeper batter Mohammad Rizwan heaps praise on Sarfaraz Ahmed for his fabulous knock and his “Man of the Series” award. Notably, the former captain of Pakistan replaced an out-for-form Mohammad Rizwan in the longest format of the game.

Mohammad Rizwan took to the micro-blogging platform Twitter to lavish praise on the veteran wicket-keeper batter, who impressed one and all in his comeback series.

Mohammad Rizwan however will continue as the wicket-keeper batter in the 3-match ODI series against the Kiwis.

Shahid Afridi was impressed with the performance of Sarfaraz Ahmed

“I’m very happy that Saifi(Sarfaraz Ahmed) has made a comeback and given such an amazing performance, but Mohammad Rizwan is available and he is our main wicket-keeper in both T20Is and ODIs,” said Shahid Afridi who is the interim chief selector of Pakistan, Shahid Afridi.

“God forbid if Rizwan gets injured or if he’s tired, we’ll then consider other options. Let’s not mix someone’s Test performance with that of limited overs,” Afridi added.

Sarfaraz Ahmed was like old wine; getting better with time. He smashed 335 runs at a brilliant average of 83.75 in the Test series against Tim Southee’s New Zealand. Ahmed was also announced as the player of the match in the 2nd Test for his century in the 2nd innings and his brilliant knock of 78(109) in the 1st innings.

The Pakistan vs New Zealand 1st ODI will be played on 9th January 2023. It will be taking place at the National Stadium in Karachi.

Also read: 3 Reasons Why Axar Patel Can Be A Good Replacement For Ravindra Jadeja