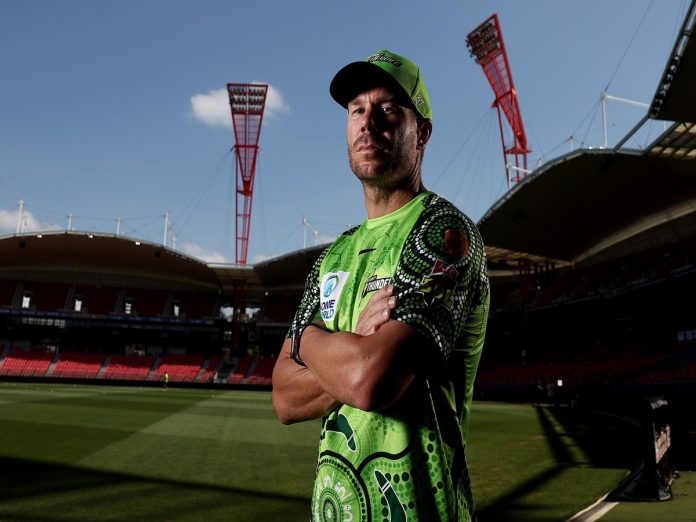 The 36-year-old Australian opener is set to play in his first Big Bash match in nine years on Friday when Sydney Thunder takes on Perth Scorchers. David Warner believes the 2024 T20 World Cup in America and the Caribbean will mark the end of his career.

David Warner thinks the 2024 T20 World Cup in the USA and the Caribbean will likely be his final season of international cricket.

Since making his international debut in a T20 match against South Africa in 2009, Warner has amassed over 17,000 runs across all formats, including 8,132 in Test cricket.

Speaking ahead of his first Big Bash match in nine years on Friday – for Sydney Thunder versus Perth Scorchers – Warner said: “most likely be the last year of my international career.

“I’ve got my sights set on the 2024 [T20] World Cup as well, so finishing in the Americas, that’d be nice to top it off with a win over there, pending selection.”

Extra motivation is winning in India

Warner’s two-hundred-plus score against South Africa put an end to every doubt about his selection for Australia’s upcoming Test tour of India in February and March, where they will be attempting to win a series for the first time since 2004. He also hopes to play in The Ashes in England in June and July.

Speaking to reporters in December, Warner said: “The extra motivation for me is winning in India and completely winning a series in England. I’ve been told by the coach and the selectors they would like me to be there.

“Was there doubt? Of course, there was doubt in my mind but for me, it was about going out there and knowing that I’ve still got that hunger and determination because every time I rock up to training, I’ve got it.

“People keep telling me, ‘you’ll know when it’s time’. I haven’t really felt that at all yet.”