Hashim Amla Announces His Retirement From All Forms Of Cricket; Career, Stats, All You Need To Know 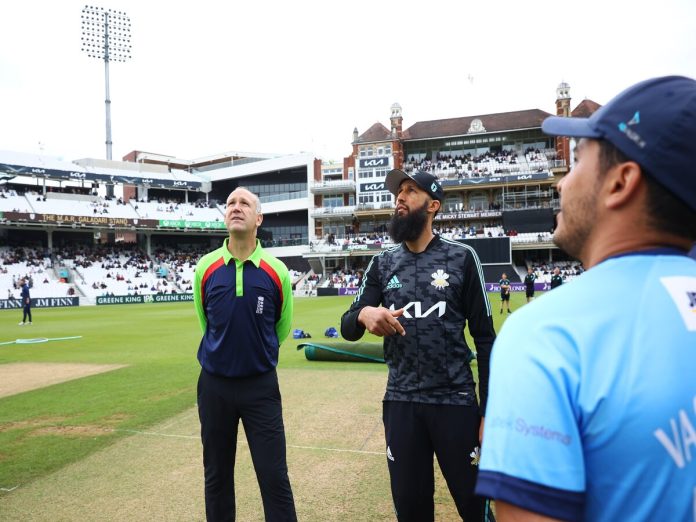 Hashim Amla, a legend in South Africa, announced his retirement from all forms of cricket on Wednesday, the county team Surrey’s official Twitter account reported. Amla retired from international cricket in 2019, however, he continued to play for Surrey in English county cricket.

Amla led Surrey to the County Championship title in 2022 and amassed more than 18,000 runs during his international career. He achieved 57 centuries in first-class cricket, with the most recent being against Northamptonshire in September 2022.

“I have great memories of the Oval ground and to finally leave it as a player fills me with immense gratitude for what has been. A sincere thank you to (director of cricket) Alec Stewart and the entire Surrey staff, players and members for their support,” he said while announcing his retirement.

“The Surrey ship runs so professionally that it would make any international player feel a sense of honour just to be involved with. I wish them all the best and many more trophies,” he added.

Incredible resource for the team

“Everyone at Surrey County Cricket Club will be sad to see Hashim retire, but we all applaud what has been a phenomenal career. He will quite rightly go down as a great of the game,” he added.

“Hashim is a fantastic cricketer and a wonderful person. He has been an incredible resource for the team to learn from on and off the field.

“As well as posting big scores at vital moments, he has also shown his willingness to dig in and do what is needed to get his team a result in tough games.”

At the conclusion of South Africa’s World Cup campaign in 2019, Amla announced his retirement from international cricket after playing his final Test match at Gqeberha against Sri Lanka.

Amla played county cricket for Derbyshire, Hampshire, Nottinghamshire, and Essex in addition to Surrey. He played for Kwa-Zulu Natal, Dolphins, and Cape Cobras on the South African domestic circuit before joining the Kings XI Punjab franchise in the Indian Premier League.

Amla, 39, amassed 34,104 runs across all professional cricket formats over the course of a two-decade career, 9,282 of which came in his 124 Test matches from 2004 to 2019, second only to Jacques Kallis for his country. In addition to a record of 311 not out against England at the Kia Oval in 2012—South Africa’s first triple-century in Test matches—this included 28 hundred.

In 181 ODIs, he scored 8113 more runs, including 27 hundred, and 1,277 more in 44 T20 Internationals. His coaching career has since begun, and he is currently MI Cape Town’s batting coach in the SA20 competition. He might be a candidate to be the batting coach for South Africa under the new coaching structure in place.