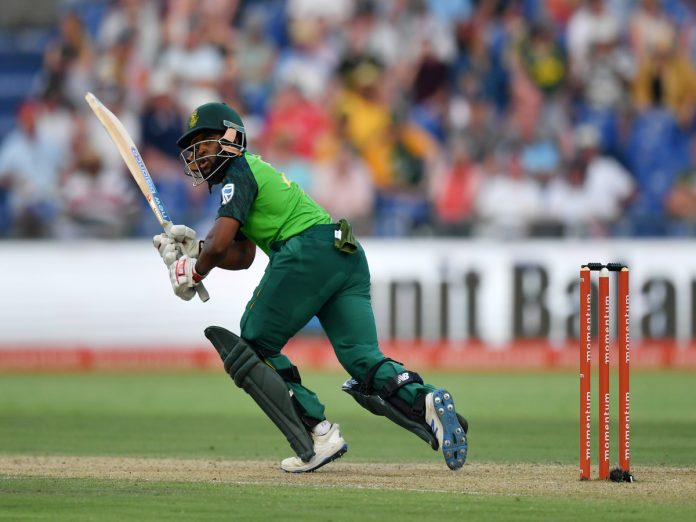 The 16-man team for Cricket South Africa’s (CSA) forthcoming three-match ODI series against England was announced on Wednesday. Temba Bavuma has retained the job of captain and will guide the Proteas despite concerns over his position, particularly following a disappointing T20 World Cup performance in Australia.

Returning to the South Africa ODI lineup are Sisanda Magala and Marco Jansen, who will work to bolster the pace battery that includes Kagiso Rabada, Lungi Ngidi, Anrich Nortje, and Wayne Parnell.

Shukri Conrad, South Africa’s red-ball coach, will be in charge of the series despite the recent announcement of Rob Walter as the limited-overs coach. Although Walter won’t begin in his position until February 1, it’s reported that he was involved in choosing the team.

The board replaced interim coach Malibongwe Maketa, who took over after Mark Boucher left during the T20 World Cup in Australia, resulting in significant changes to the coaching staff.

The right-arm bowler Sisanda Magala, who has been in three ODIs and last competed in January 2022, is one notable choice in the squad despite the fact that most of the players are well-known. Chief Selector Victor Mpitsang is confident in the squad’s ability to produce noteworthy performances and feels that Magala has done enough to meet the fitness requirements.

He said, “The selection panel is particularly excited by the depth of this squad, with a mix of youth and experience. We are confident that this group of players will take us one step closer to qualifying for the ICC Men’s World Cup in India later this year.”

“We are also pleased with the inclusion of Sisanda and the commitment he has shown to meet the fitness standards required for national selection,” he added.

No place for Dewald Brevis in the SA squad

Dewald Brevis, a 19-year-old who consistently performed well on the domestic circuit, was unable to join the squad. Brevis scored 327 runs in nine games at an average of 36.33, striking at 176.25, with a top score of 162, during the CSA T20 Challenge. He is performing exceptionally well in the ongoing SA20. His aggressive approach can benefit the South African team. However, he can’t gain the trust of selectors yet to get a call-up.

The series against England will be taken into account for the ICC Cricket World Cup Super League, which is the route to qualifying for the 2023 World Cup. In order to qualify for the ten-team competition, the Proteas, who are now ranked eleventh in the rankings, will probably compete in the qualifier tournament in Zimbabwe later this year.

On January 27 in Bloemfontein, the first of three one-day internationals between South Africa and England will start.