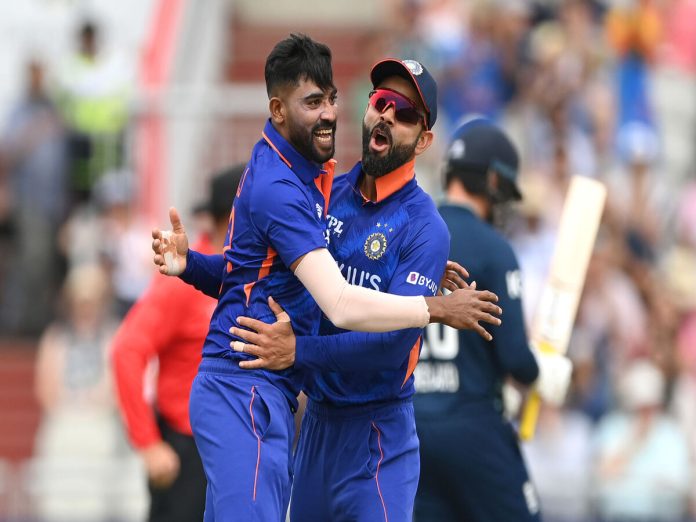 Virat Kohli and Mohammed Siraj, among others, were instrumental in Team India’s recent 3-0 ODI series victory over Sri Lanka. The Indian duo has received substantial compensation for their outstanding efforts.

Mohammad Siraj, a fast bowler for the Indian side, has long been regarded as a unique form bowler in One Day International cricket. In addition to taking wickets in the middle overs and the death overs, he is sending the batsmen to the pavilion during the powerplay. According to the ICC ODI latest Rankings, he is on the verge of overtaking the top bowler in the world.

Mohammad Siraj moved up 15 spots in the most recent ICC ODI rankings, which were announced late on Tuesday. Prior to the three-match ODI series against Sri Lanka, he was ranked 18th, but he has moved up to position three after taking nine wickets in three games. He is currently the third-best bowler in the world and is just a few games away from overtaking him as the best bowler.

Meanwhile, Virat Kohli has once more ranked in the top 4. The three-match ODI series against Sri Lanka featured two centuries from Virat Kohli. He has moved up four spots, from eighth to fourth, as a result.

Virat is chasing the number 1

Virat boosted his point total in the most recent ODI rankings, although he is still behind Pakistan captain Babar Azam (887 points), who is still in the first place, and Rassie van der Dussen (766 points), who is in second place, by 750 points. Quinton de Kock rounds out the top three with 759 points. The courageous Australian opener, David Warner, is three points behind Kohli in fifth place and has a score of 747.

Siraj rose to his career-best

In the meantime, Siraj’s ratings reached a career-high of 685, and if he continues to play well against New Zealand, he will likely surpass all other ODI bowlers and take the top spot.

Trent Boult continues to hold the top spot among ODI bowlers with 730 ratings, and Australian quick Josh Hazlewood is not too far behind in second place with 727 ratings.

Both Kohli and Siraj will be aiming to maintain their momentum against New Zealand as they will be visiting the subcontinent for a three-match ODI series followed by a T20I series of the same number of games.