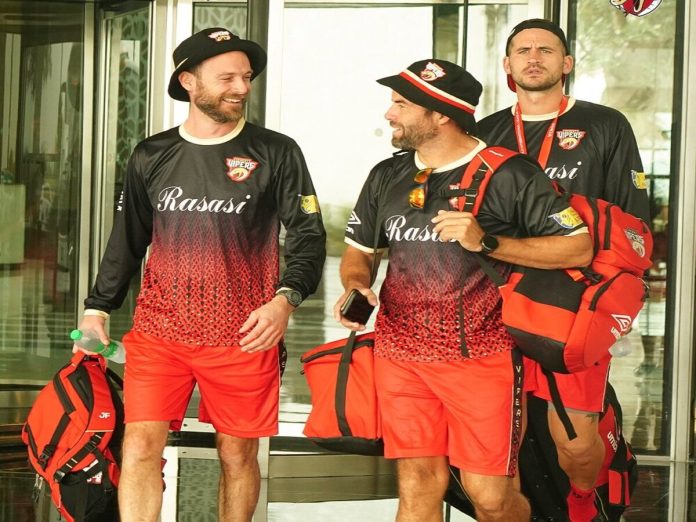 The Lancer Capital LLC-owned Desert Vipers are expected to have a significant presence in the upcoming International League T20 season (ILT20). The side will be coached by James Foster, and New Zealand opening batsman Colin Munro will serve as team captain.

Most of the players on the Desert Vipers team are from England. The team is made up of both young and veteran players. Among the top selections selected by the Desert Vipers club in the draught were Wanindu Hasaranga, Alex Hales, Colin Munro, and Sam Billings.

As the team competes in ILT20, these players are anticipated to be important contributors. Know complete details on Desert Vipers Full Squad, Schedule, and Coaching Staff.