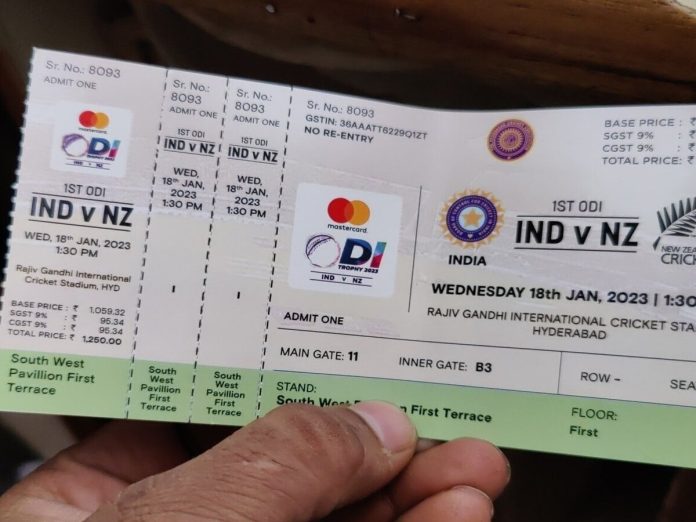 India is all set to host the 1st ODI between India (IND) and New Zealand (NZ) on January 18, at the Rajiv Gandhi International Stadium in Hyderabad. 15 people were arrested by the Rachakonda Special Operations team for allegedly selling tickets in black for the Wednesday match between India and New Zealand at Uppal stadium. 54 tickets were taken from them by the police.

While they were looking for clients to buy tickets at the double price, the SOT crew captured them. Some of them were captured through the use of decoys. They were all given to the Uppal police for further investigation.

Through social media, the black ticket scam for the one-day international between New Zealand and India continued. On social media, they were openly asking for interaction from those who wanted match tickets. There are 20 seats on the first floor of the West Pavilion, each costing Rs 3,000, according to a social media post.

Each ticket costs 1500 rupees at HCA, but on the black market, they were going for Rs.3,000 each. The HCA officials were made aware of this situation, and a police report was made. Rachakonda SOT police used this to monitor this group of black market dealers.