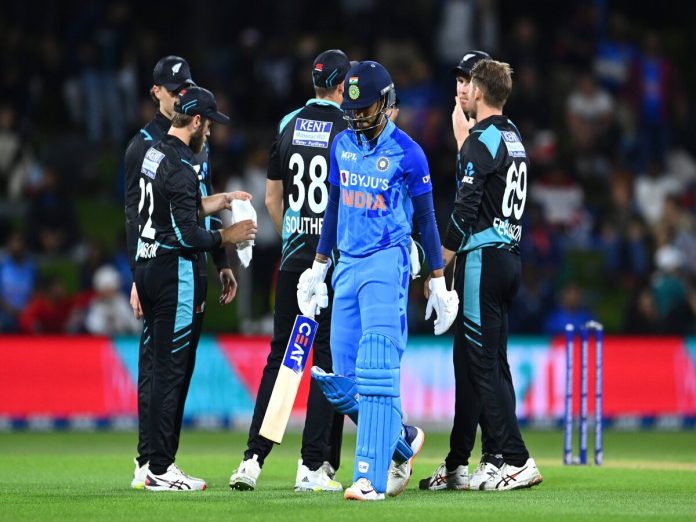 On January 18, the Rajiv Gandhi International Stadium in Hyderabad will host the 1st ODI between India (IND) and New Zealand (NZ). India has momentum after sweeping Sri Lanka 3-0 in the most recent ODI series. Likewise, New Zealand just defeated Pakistan 2-1. India will be looking to give its bogey team the upper hand in three one-day internationals in this match between two elite sides.

India is clearly in charge as they want to dominate New Zealand. With the bat and the ball, respectively, Virat Kohli and Mohammed Siraj are in excellent shape. Other players have also made significant contributions, and the Rohit Sharma-led team appears to have a good chance of defeating the Kiwis.

Ishan Kishan, who caused controversy by being left off the team despite scoring a world-record double-century, is expected to be in the starting lineup for the forthcoming ODI series against a formidable New Zealand team. Kishan can now fill KL Rahul’s spot because of personal concerns. The second wicketkeeper in the lineup, KS Bharat, is most likely to warm the bench because Rahul’s absence makes him more of a cover. Know the complete details on IND vs NZ 1st ODI playing XI, Weather, and pitch report.

The Rajiv Gandhi International Stadium’s pitch is known for helping batters. But it should also include something for spinners. On this track, which provides little to no assistance for the pacers, spectators will see a lot of slower balls and other variations from the bowlers. Due to the dew factor, the captain who wins the toss may opt to bowl first.

The game is set to start at 1:30 PM (local time). There is absolutely no possibility of rain in Hyderabad during that time, according to weather reports. We should see a whole game of cricket because the weather is perfect.

The ticket price for the ODI between India and New Zealand in Indore ranges from Rs 524 for lower-level seats in the east stand to Rs 6089 for first-floor seats. For the second-floor and third-floor seats, spectators will need to pay Rs 5720 and Rs 4490, respectively.

Men in Blue supporters are informed that the game’s ticket office has opened. The tickets are available online at insider.in and through the Paytm app for fans.