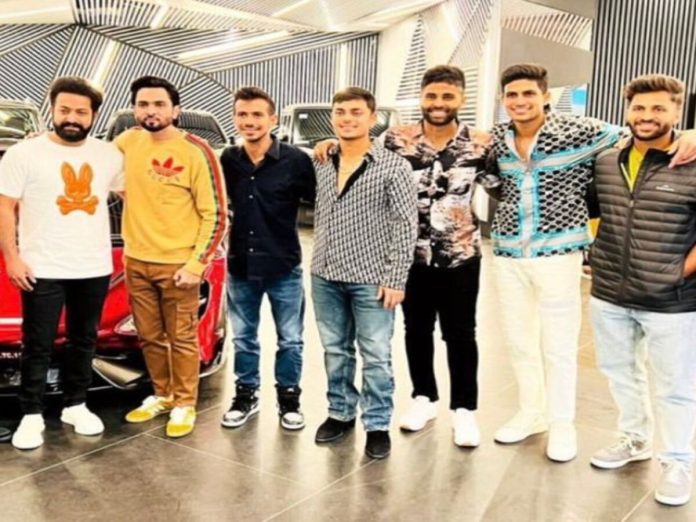 India will play three ODIs and as many T20Is at home against New Zealand. On Wednesday, the 50-over opening game will take place at Hyderabad’s Rajiv Gandhi International Stadium.

Before the team’s ODI series 1st match against New Zealand on January 18 in Hyderabad, some Team India cricketers were seen hanging out with actor Jr NTR.

On January 16, a number of people got to meet the well-known movie star, including Yuzvendra Chahal, Shubman Gill, Suryakumar Yadav, Ishan Kishan, and Shardul Thakur.

A picture of the Indian cricketers posing with Jr. NTR was posted on Twitter and quickly went viral.