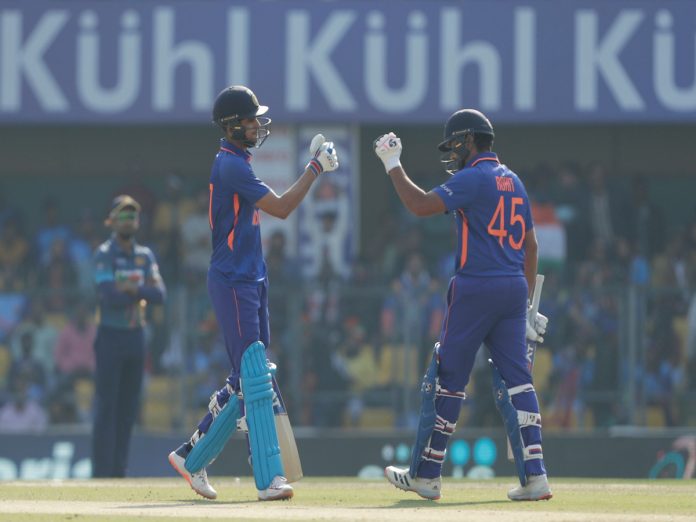 After Sri Lanka won the toss and decided to bowl, India got off to a strong start thanks to Shubman Gill and Rohit Sharma.

The first ODI of the series between India and Sri Lanka was played on Tuesday at the Barsapara Cricket Stadium in Guwahati. India captain Rohit Sharma got the World Cup season underway with a scorching fifty. With a boundary off Sri Lankan leg-spinner Wanindu Hasaranga, Rohit reached his 47th ODI fifty in just 41 deliveries.

This victory would relieve Rohit of some of the strain that came with failing on multiple occasions in 2022 to live up to his “Hitman” title.

Given the type of assistance Sri Lanka would receive from dew later in the day, the hosts would be aware that they needed to score heavily. Ishan Kishan has been dropped by India, and Gill will open the innings alongside Rohit. Additionally, Suryakumar Yadav finds a seat on the bench.