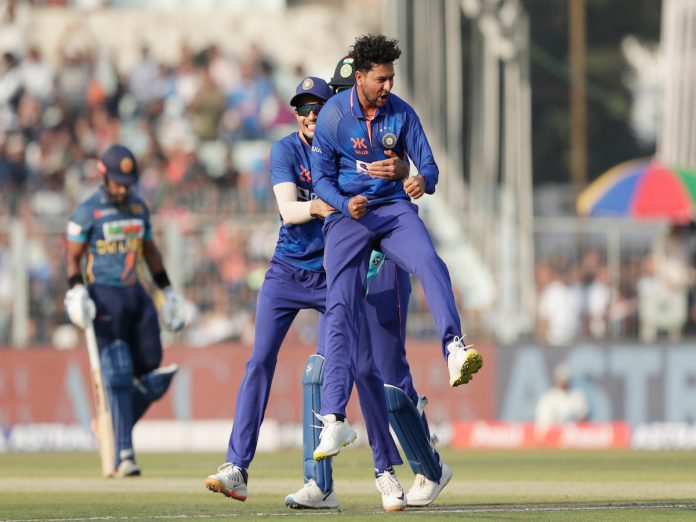 After winning the toss, Shanaka chose the Sri Lankan team would bat at Eden Gardens.

Yuzvendra Chahal sustained an injury while playing in the first game, thus Team India only makes one change for this one. Kuldeep Yadav is now in the starting lineup. On the other hand, Sri Lanka made two adjustments, replacing injured Pathum Nissanka and Dilshan Madusanka with Lahiru Kumara and Nuwanidu Fernando.

Kuldeep Yadav has quickly taken three wickets and rendered Sri Lanka completely perplexed. After crashing and burning from 102/1 to 152/7 with more than half the innings remaining, SL. On his debut, Nuwanidu Fernando struck a great fifty, but he was unfortunate to lose the match. The child was expelled following a disastrous mix-up with Dasun Shanaka.

The SL captain had an opportunity to right the wrong, but Kuldeep, who had previously sent Mendis out LBW, added to his wicket total and castled him. Dhananjaya de Silva was also knocked over by Axar Patel for a duck.