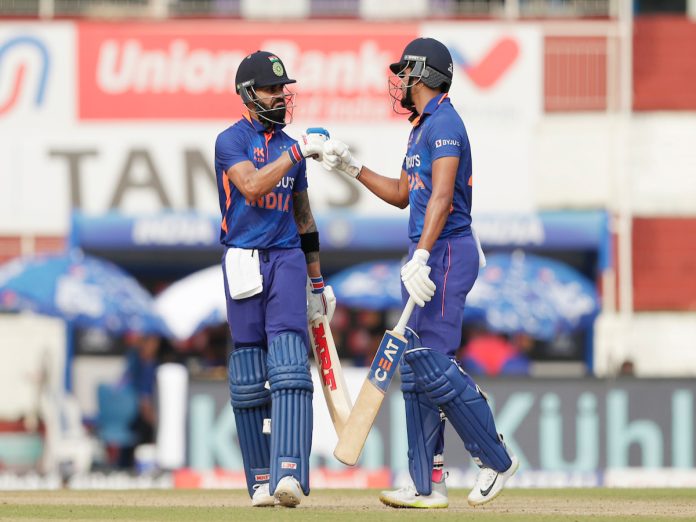 With 13 fours and 8 sixes in his final 110 balls, Kohli scores an undefeated 166. The former India captain put on quite a batting display with this. In the third and final One-Day International against Sri Lanka, Virat Kohli led India to a massive total of 390 runs.

It all began with a solid opening partnership between Rohit Sharma and Shubman Gill, and then Kohli entered the picture. Before letting loose, he waited for Gill to hit his second ODI century at the other end.

When Kohli scored his 46th ODI century against Sri Lanka in the third ODI, he accomplished another milestone. The former captain of India currently ranks second on the list of most ODI centuries with 46, three behind Sachin Tendulkar. With 49 ODI hundreds, the little master is at the top of the list. Virat added his 74th century to the list of all International centuries with the completion of this century.