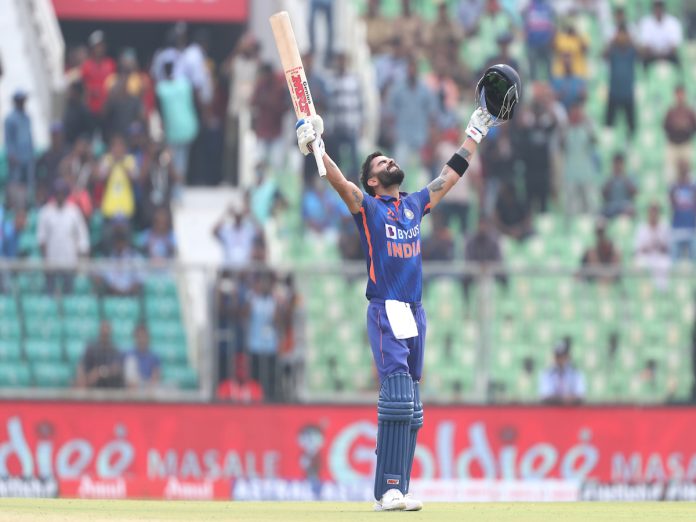 The top batsman for India, Virat Kohli, appears to have regained his mojo as the team is scoring again. Kohli began 2023 with a century, and on Sunday, he added another one against Sri Lanka in the third One-Day International.

This was Kohli’s 3rd century in his past four ODI games. His performance is a part of India’s commanding performance in Thiruvananthapuram when they bat first.

Once he reached three figures, the 34-year-old was able to escape. Kasun Rajitha was the target of one of Kohli’s ambitious attempts, which included a helicopter shot. Rajitha delivered a slower ball out of the back of her hand on the fourth ball of the 44th over of India’s innings. In the meantime, Kohli detected the tempo shift and descended the track to the ball’s pitch. The ball then flew into the stands for a 97-meter six when the batsman swung his bat through the line.

And Kohli’s follow-through at the conclusion of the shot had echoes of MS Dhoni’s well-known helicopter shot.